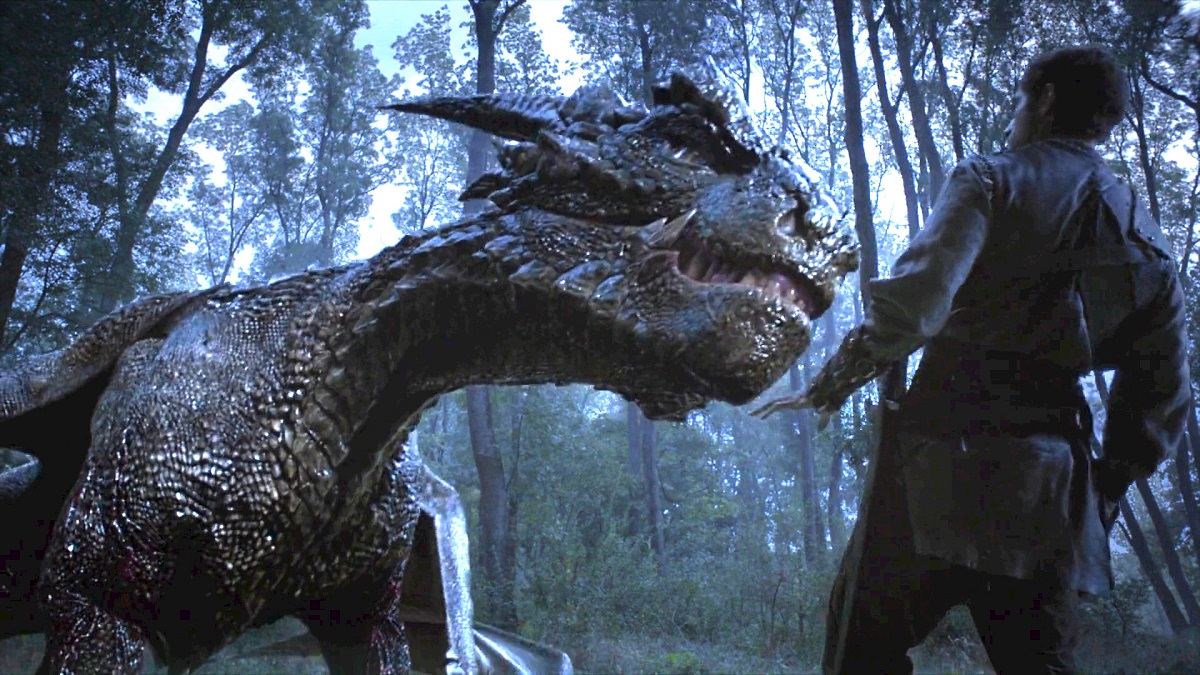 If you think that any marketable big screen blockbuster being transformed into a multi-film franchise at the drop of a hat is getting tiresome, then you’d best stay away from the VOD circuit. For example, did you know that not only did 1996 cult favorite Dragonheart get a sequel, but that sequel ended up getting three prequels, and the series still isn’t over yet.

The original saw Dennis Quaid’s knight and his terrible accent team up with Sean Connery’s Draco to defeat an evil ruler with designs on conquering all that lay in front of him, and in the years since it’s gone on to find a special place in the hearts of an entire generation, who retain their admiration for the fun-filled fantasy frolic.

It would be stating the obvious to say that successor A New Beginning isn’t held in quite the same esteem, and that sentiment also applies to precursors The Sorcerer’s Curse, Battle for the Heartfire, and Vengeance. That doesn’t mean the unexpectedly epic saga doesn’t have its fans, though, with the third installment currently spreading its wings to soar high on streaming.

Per FlixPatrol, Dragonheart: The Sorcerer’s Curse (with Sir Ben Kingsley as the voice of Draco, no less) has become one of the most-watched features on Rakuten heading into the weekend. You may not have had the faintest clue the swords-and-sorcery sandbox was five entries deep, but clearly a lot of people do – and they like what it’s got to offer.