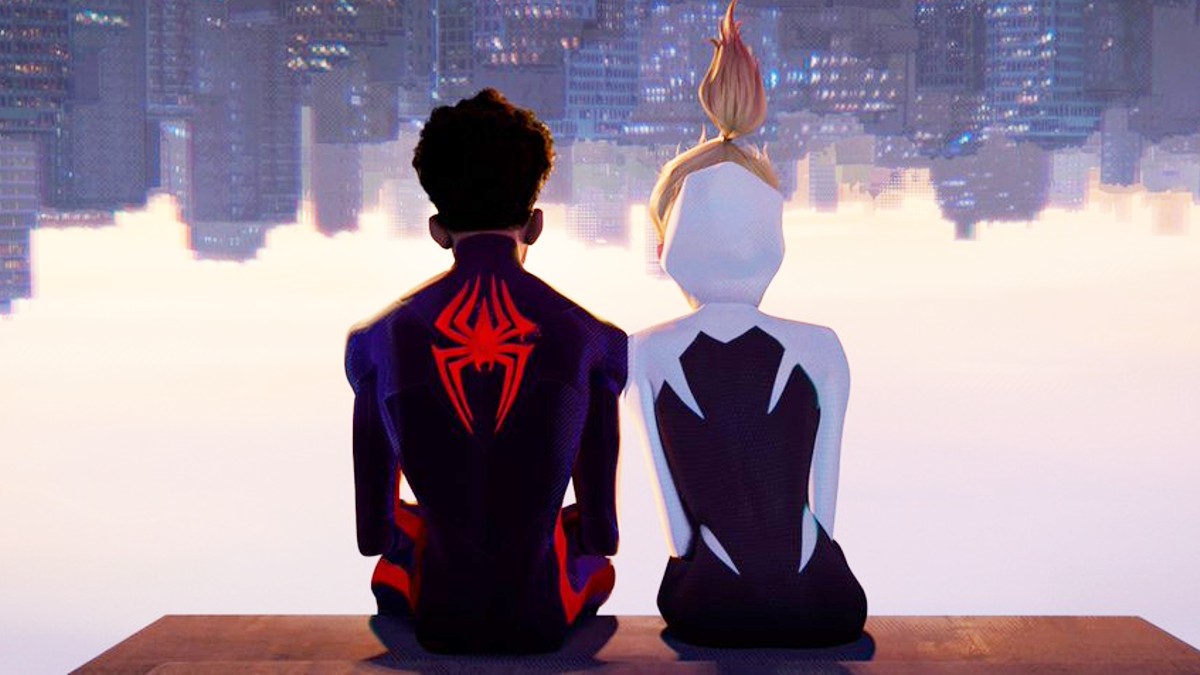 The first poster of Spider-Man: Across the Spider-Verse has been revealed and it’s exploding with multiverse characters.

The poster was shared by the Across the Spider-Verse official account and features the young web-slinger Miles Morales front and center hanging upside down with a ripped costume and a somber expression. Behind him is a multitude of Spider-People, including Spider-Woman, voiced by Issa Rae; Spider-Man 2099, voiced by Oscar Isaac,; Spider-Punk, voiced by Daniel Kaluuya; and Spider-Gwen, voiced by Hailee Steinfeld.

The sequel to the lauded Into the Spider-Verse will throw Miles and his allies into an even greater conflict than before. Spider-Gwen takes him on an adventure as Spider-Miles and Spider-Gwen team up again and finds themselves in a multiversal nexus of Spider-People who must keep these alternate realities protected. With so many personalities, however, conflict is bound to arise and these heroes won’t always agree on how to handle a new threat.

There are two confirmed antagonists in Across the Spider-Verse. One is known as The Spot, known as a low-level and laughable character and seemingly getting a decent upgrade. He can create interdimensional portals, and in the trailer, he’s seen using his abilities effectively by avoiding Miles’ attacks with his special powers.

Spider-Man 2099 will be the other antagonist, though it won’t be as cut and dry as it might seem. Across the Spider-Verse producer Chris Miller shared that the character will disagree often with Miles because they both think they’re doing the right thing. The two go head-to-head in the trailer, and Spider-Man 2099 is definitely giving the young Spider-Man a run for his money with an onslaught of attacks.

Spider-Man: Across the Spider-Verse releases only in theaters on June 2.