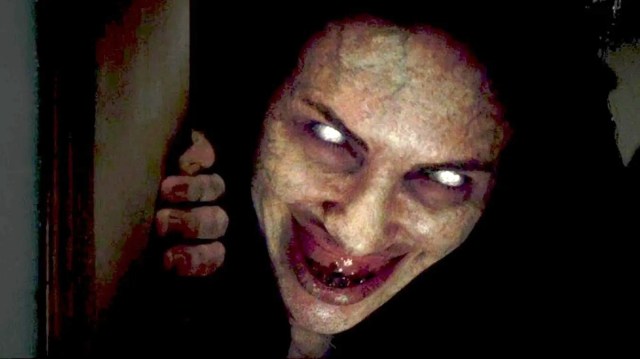 These days, anyone with even a passing interest in all things spooky will know full well who Mike Flanagan is and what he brings to the table, but the masses first found out what was in store for the next decade of spine-chilling terror almost a decade ago when Oculus left them terrified in the aisles.

While it wasn’t the filmmaker’s first feature, an honor that goes to the Kickstarter-funded Absentia, it was his sophomore effort that put him on the map. Earning $44 million at the box office on a $5 million budget, Oculus also won strong notices from both critics and the public, establishing Flanagan’s penchant for creating unrelenting dread and lurching fear through atmosphere and not gore.

Karen Gillan and Brenton Thwaites star as a pair of siblings struggling to reconnect a 10 years after the brutal and mysterious death of their parents. She thinks a cursed mirror in the attic is responsible, while he’s spent years in a psychiatric hospital convincing himself that no supernatural shenanigans were involved. Obviously, you don’t win a prize for guessing who was right.

Flanagan might be a mainstay over on Netflix, but it’s Paramount Plus where Oculus has been making evil eyes at subscribers, having ascended the ranks to become the fifth most-watched title on the platform’s global charts, as per FlixPatrol. Recent times may have seen him favor episodic stories over theatrical endeavors, but everything from Absentia to The Midnight Club has done nothing but reinforce their creator’s credentials as a true icon of modern horror.