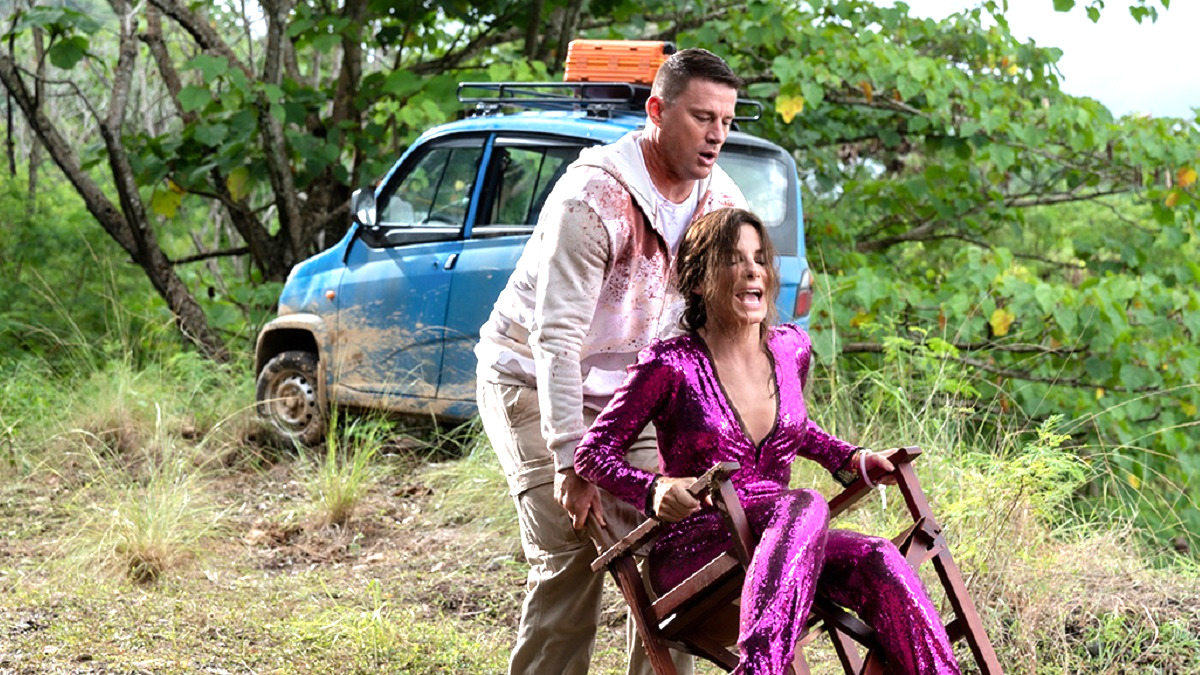 The movie’s Rotten Tomatoes rating may have inevitably dipped after it debuted with a perfect 100%, but The Lost City is still sitting pretty on an 86% score, which puts it ahead of The Batman‘s 85% to hold the distinction of being the best-reviewed blockbuster of 2022 so far.

That’s an impressive return for a fairly standard romantic adventure, one that the cast and crew have openly admitted is indebted to the likes of Indiana Jones, Romancing the Stone, The Mummy, and others. The undeniable chemistry between leads Sandra Bullock and Channing Tatum has been singled out for particular praise, though, and the affable A-list duo are poised to translate those sparks into cold, hard cash.

According to the latest projections, The Lost City is on course for an opening weekend that could realistically exceed $30 million, with the broad high concept and additional star power provided by Daniel Radcliffe and Brad Pitt ensuring that there’s going to be something in store to appeal to virtually every demographic.

A lucrative first frame for The Lost City would be the ideal scenario, then, especially when the competition over the next few weeks is set to grow increasingly fierce.

Sony’s Marvel Comics adaptation Morbius, video game sequel Sonic the Hedgehog 2, Fantastic Beasts: The Secrets of Dumbledore, Nicolas Cage’s acclaimed The Unbearable Weight of Massive Talent, and DreamWorks Animation’s The Bad Guys are all arriving during April, so there’s going to be plenty of options for audiences to choose from.

Of course, not all of the aforementioned titles are destined to do big business, but The Lost City does at least have an edge by getting out of the gate first.