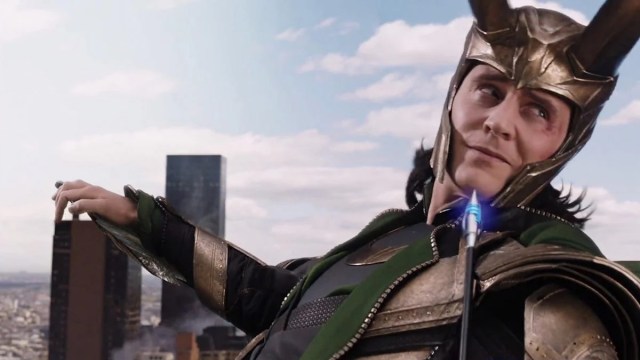 When we first met Loki, he was a totally power-hungry megalomaniac, desperate to prove himself through control and dominance. He wanted to be worthy of his father’s love, and climb out from under the shadow of his brother.

In order to do so, he made a deal with Thanos, who granted him an object of great power to help him bring the people of Earth to their knees in The Avengers. But fans are now wondering if he truly knew what he had been given, because surely or someone so self-serving he would have just run off with them.

After falling from the Rainbow Bridge into deep nothingness, Loki found himself in the service of Thanos – who granted him a scepter to help him conquer Earth. This scepter had the ability to control people making enemies into instant allies, but as we would come to realize later on, it was so much more than that. This was one of the Infinity Stones, the Mind Stone, and it played a huge role in the Infinity Saga, granting Wanda and Pietro Maximoff their powers and also giving rise to the AI synthezoid, Vision.

With Loki being such a conniving opportunist, it seems odd that he wouldn’t have made better use of this, especially when he also got his hands on the Tesseract as well, wielding two of the universe’s most powerful objects at once. He may have even been able to take on Thanos who, at that time, would have been left with none having handed over the Mind Stone. So it begs the question, did the God of Mischief really not know what he wielded?

The Loki that grabs the Tesseract and disappears when Earth’s Mightiest Heroes have their time heist snafu in Endgame ends up at the TVA straight after the events of The Avengers. He seems to know that the cube was an Infinity Stone at least.

A lot of people felt that regardless of whether he knew what the stones were, he would have eventually tried to stab Thanos in the back.

Many people mulled over the idea that Loki was being manipulated by the mind stone in the scepter throughout The Avengers.

If he had been controlled by it, then it would certainly give us new scope on the character.

This user thinks it’s highly plausible given that it had the Avengers arguing within minutes of being near it as it sowed discord.

A lot of people are of the opinion that the writers themselves hadn’t really decided fully what the scepter was, and only later changed it to fit into the Infinity Saga’s main storyline.

He was certainly able to wield a lot of destruction with them.

Regardless of what he did and didn’t know, Loki was at his most villainous during The Avengers. Though his power has grown significantly during the course of his Disney Plus series, he’s certainly softened somewhat by becoming less of a maniacal figure.