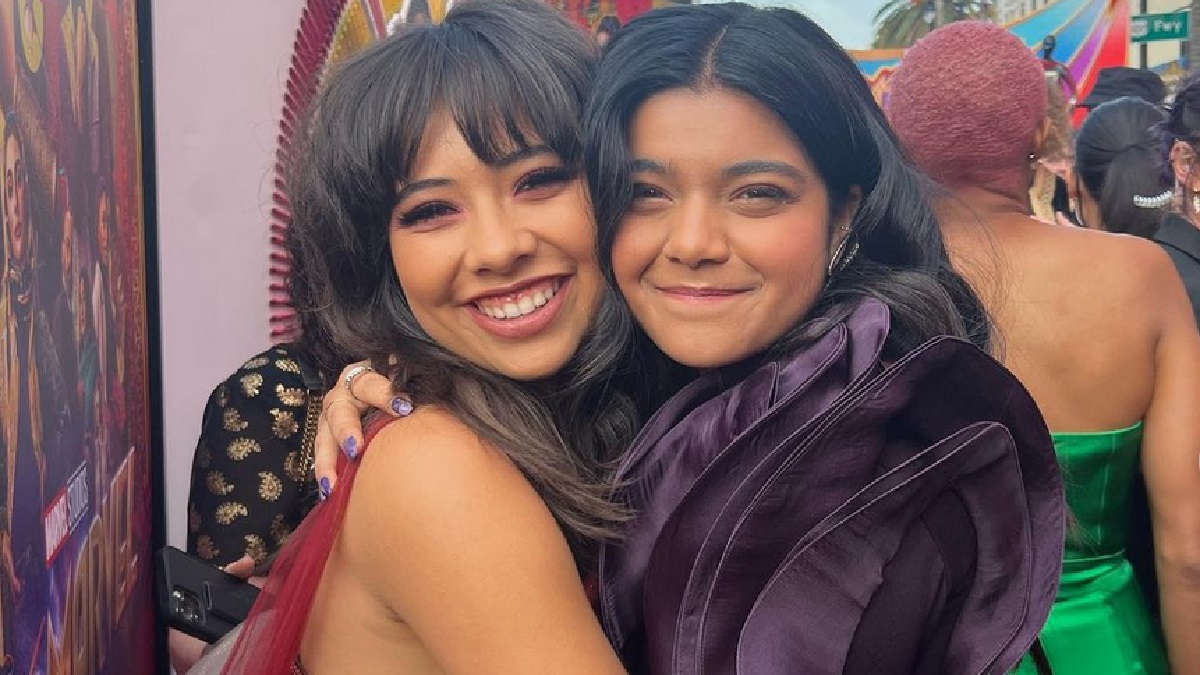 The vast majority of celebrities don’t pay a lick of notice to the online vitriol being thrown in their direction, but it’s an entirely different set of circumstances for stars of the younger generation. Having been raised in the social media age, they’re keenly aware of the backlash that dominates the discourse, but the Marvel Cinematic Universe‘s young guns have banded together in solidarity.

20 year-old Iman Vellani and 16 year-old Xochitl Gomez both made a huge splash in Phase Four after debuting as Kamala Khan and America Chavez in Ms. Marvel and Doctor Strange in the Multiverse of Madness respectively, winning over a huge legion of fans in an instant.

However, trolls are gonna troll whatever the weather, with Gomez revealing to The Wrap that the pair found common ground in a number of experiences, not least of all the negativity that’s often being thrown their way by the disgruntled MCU detractors who can’t seem to enjoy two youngsters causing chaos in the blockbuster franchise.

“It was just nice to be able to have these shared experiences that made me feel like, OK, I’m not the only one. And especially with harassment and haters and stuff, and being able to be like, ‘OK, it’s not just me, this happens to you, it happens to a few other people as well.’ But it’s like, sometimes, when it’s in the moment, you forget, and it just becomes like this thing of like, ‘What is going on to me?’”

At the end of the day, a couple of kids shouldn’t be forced to put up with social media abuse, especially when it’s something so trivial as a comic book project or two. That’s the world we live in, unfortunately, but at least they’ve teamed up in real-life to watch each other’s backs, and we may yet see it unfold in live-action, too.