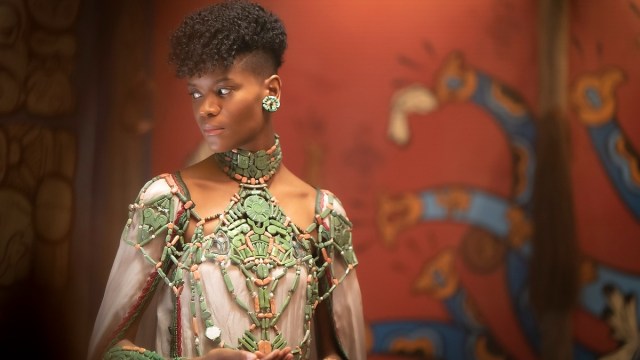 Calling what’s guaranteed to be one of the year’s biggest movies an opinion-splitter sounds a little harsh, if not outright untrue, but the statistics on the internet’s two biggest aggregation sites paint a curious picture surrounding Black Panther: Wakanda Forever.

At the time of writing, Ryan Coogler’s hotly-anticipated return to the fictional African nation holds the fourth-highest user rating in Marvel Cinematic Universe history at 94 percent on Rotten Tomatoes, behind only Spider-Man blockbusters No Way Home and Far From Home, and last year’s Shang-Chi and the Legend of the Ten Rings.

On the Tomatometer, though, Wakanda Forever falls somewhere in the middle, with its 85 percent critical score 15th among the 30 MCU features to have been released so far. Over on Metacritic, the consensus is leaning a lot more towards the bottom half of the equation, with the second chapter in what’s shaping up to be a Black Panther-centric universe in itself languishing down in 17th position with a 67 Metascore, while it’s faring marginally better in 15th via an identical user average.

Fans are always a great deal more receptive to the MCU’s latest offerings than critics, to be fair, but it’s already looking as if Wakanda Forever won’t come close to recapturing the magic of its predecessor, which still sits at the head of the big screen pack on both of the aforementioned outlets by way of 97 percent and 88 benchmarks.

A Best Picture nomination feels exceedingly unlikely, too, with the smash hit-in-waiting proving to be a great deal more polarizing and hotly-contested than anybody could have predicted this time last week.