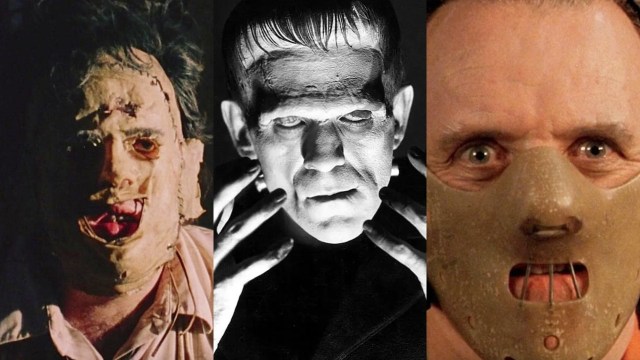 We’ve all been in a complicated situation where, especially in horror movies, we unapologetically root for the bad guys. Whether it’s Michael Myers and his freakishly-large appearance or Leatherface and his nerve-rattling chainsaw, sometimes cheering for the bad guys just feels right. Despite being engineered by horror filmmakers and writers to support the main protagonists, there are certain occasions, and certain villains, that undoubtedly deserve our affirmation more than others. In simpler terms, not all bad guys in horror are necessarily bad, but rather incredibly misunderstood.

While the majority of familiar faces in horror are baddies that are proud of being devious, the villains on this list harbor a more likable, redeeming side to them that has actually convinced eagle-eyed genre junkies across the globe to feel a sense of remorse for these poor souls. Here are 10 horror villains that we actually feel bad for.

Jumping back to the unmatchable classics, Frankenstein is undoubtedly one of the most memorable black-and-white staples in the realm of cinematic horror. Without a doubt, one of the reasons behind the film’s prosperity is being one of the first of its kind to introduce a sympathetic horror villain, which would be Frankenstein’s Monster. Unlike other genre villains that yearn to become a stone-faced baddie, he was solely created to be a force of destruction, although he was truly kind and innocent deep in his core.

It’s typical in the creature feature sub-genre for the monstrous figures to be considered destructive animal forces that have gone wild and shown a strange desire to kill. In actuality, the shark in Jaws is simply an animal that is protecting its territory, seeing as beachgoers were never warned or told to stay away from the shallow waters. Instead, swimmers continued to taunt the shark and explore its designated area, which effectively caused it to engage in a blood-stained rampage. As a result, we can’t help but feel bad for a wild animal that’s just trying to protect itself and its territory from inconsiderate humans.

One of the most reasonable entries on this list is Daniel Robitaille, aka Candyman, the titular character from the popular ‘90s horror franchise. Unlike other villains who are downright vindictive from birth, Candyman was seemingly forced to become a revenge-seeking villain, and it certainly made audiences sympathetic towards him. In a tragic origin story, it is revealed that Robitaille was beaten, tortured, and murdered because he, as a Black man, fell hopelessly in love with a white woman, which inadvertently angered plenty of folks around town. After his death, Robitaille transformed into the urban legend known as Candyman, a vengeful spirit that can be conjured up in the mirror by speaking his name five times.

This one is a little more difficult to fully digest, but stay with us. Undoubtedly, the horror-loving masses are familiar with Jigsaw, the evil driving force behind a series of spine-tingling murders that test people’s strengths and weaknesses. However, behind the Billy the Puppet persona is John Kramer, a cancer patient with very little time to live, who effectively creates the experiments to be conducted on various test subjects. What makes Kramer sympathetic, however, is that he designed the tests to force others to fully embrace their lives and how important it is to survive and keep going. Looking back, it was a credible reason, seeing as Kramer was about to die and lose his life, although the actual experiments are nothing but gore-inducing slaughterings.

In The Ring, the American remake of the cult classic J-horror feature, Samara is the central villain and sinister force behind the videotape that causes viewers to die a vicious death. While the concept of Samara is definitely scary, considering a woman with mangled black hair comes crawling out of your television set, her actual backstory causes her to deserve a certain level of sympathy. Before her death, she was a strange child that displayed obvious signs of a supernatural ability that allowed her to control others. As a result, her adoptive mother murdered her by pushing her down a well, which eventually caused Samara to drown. Despite returning as a vengeful spirit, Samara deserves rightful sympathy for being murdered for no good reason.

6. Hannibal Lecter (The Silence of the Lambs)

Despite his presence as a smooth-talking, overambitious psychiatrist, Hannibal Lecter’s origin story actually deserves a healthy amount of sympathy. After his parents were murdered, Hannibal and his sister Mischa were orphaned and left to fend for themselves and take care of each other in Lithuania. Eventually, the duo were captured by cannibalistic villagers that killed and ate Mischa while Hannibal stood by and helplessly watched. The events understandably resulted in trauma and PTSD for Hannibal, and they are even considered to be the inspiration behind him becoming a cannibal in adulthood.

Arguably one of the most tragic backstories for a horror character is Psycho’s Norman Bates. In Alfred Hitchcock’s black-and-white classic, Bates is a troubled young man with an overbearing, overly abusive mother. In the aftermath of him murdering his mother in rage, his subconscious fully unloads an identity disorder that causes him to switch back and forth between his own personality and his mother’s, the latter of which prompts him to continue killing. With that being said, it’s difficult to consider Bates as a horror villain on his own, seeing as he channels the inner personality of his mother, which he adopted after her murder.

Cracking into the top three, Jason Voorhees is unequivocally one of the most sympathetic villains in the world of horror. After drowning as a child due to negligence on behalf of camp counselors, Jason returned in adulthood to seek revenge for the murder of his mother, Pamela. Truthfully, both mother and son are horror villains that deserve sympathy, seeing as their sole purpose is to protect the other. She spent much of her life in motherhood by trying to protect Jason from bullies, while he spent his adulthood as a vengeful villain that wanted others to suffer the same amount of pain that he did.

Without question, Carrie White is a horror villain that deserves a big hug. Between her inexperience with her supernatural abilities to an overbearing, religious mother, she suffers plenty in the horror film based on Stephen King’s bestselling novel. In the movie, she is introduced as an awkward, shy teenager who’s just trying to survive the troubles of high school. However, Carrie’s telekinetic abilities make it difficult for her to make friends, which often results in her constantly getting bullied and harassed. In the end, the bullies go too far after spilling pig’s blood on her at the prom. Carrie retaliates by murdering everyone at the dance. While killing people isn’t the best form of revenge, it’s certainly hard to say that they didn’t have it coming.

Ask any diehard horror fan, and chances are they’ll tell you that Leatherface is the undisputed champion of villains deserving our sympathy. Unlike others on this list that are hellbent on purposeful destruction, he is a misunderstood, poor soul that simply does whatever his family asks of him. Even in Tobe Hooper’s 1974 original, he is petrified to have strangers in his house. That fear eventually causes him to lash out and attack in order to protect himself and his family, which is an understandable form of self-defense. Interestingly, it’s Leatherface’s own family that abused him the most and criticized his obvious mental disabilities and deformed appearance, both of which are more reasons to sympathize with him.