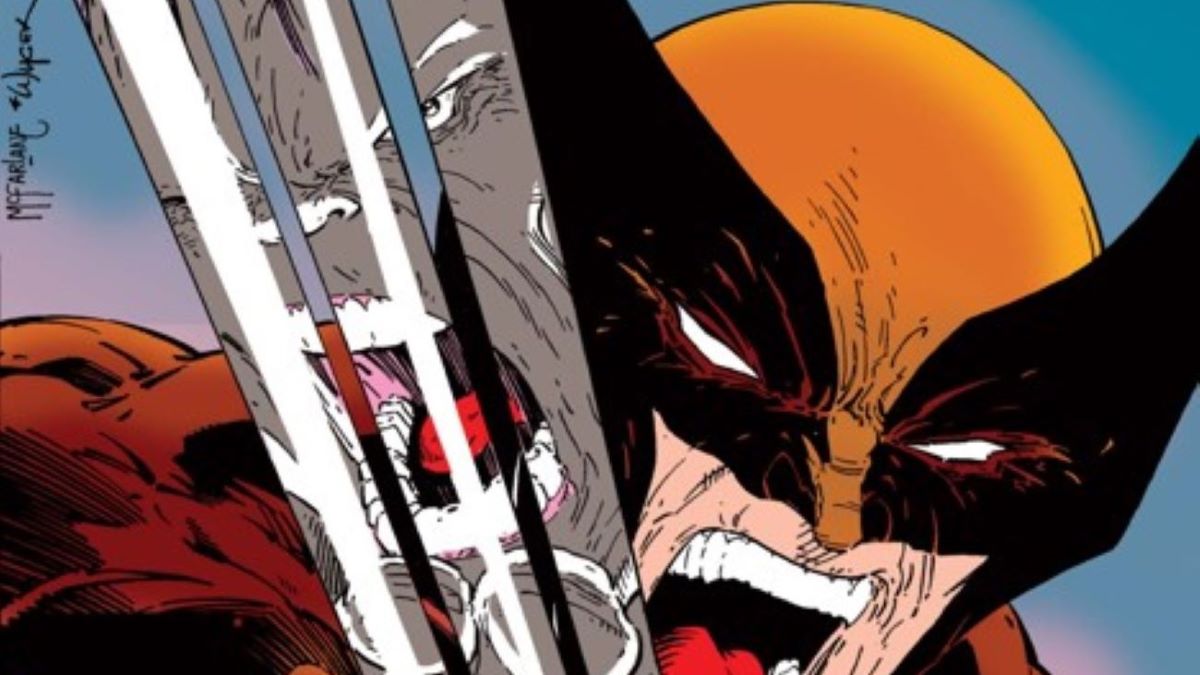 There’s so much mystery and intrigue surrounding Deadpool 3, but would we expect any less from “the Merc with a Mouth?” All we know is that it will costar Hugh Jackman in the MCU‘s first R-rated film. Past that, it’s anyone’s guess what will happen.

When last we saw Wolverine, Jackman seemingly retired from the part with the near-perfect swan song that was Logan. After five years of denying rumors and gossip that he was in talks with Marvel Studios to reprise the role, he casually announced his return as Wolverine in the first Deadpool 3 teaser trailer.

As if anyone predicted anything different, the comic community erupted in a chorus of cheers and joyful tears. Well before the bombshell of a trailer, Kevin Feige had said that the Deadpool franchise would not be rebooted, and it will be an R-rated film. Jackman recently said that Wolverine will hate Deadpool with a passion, which stays true to their relationship in the comics. Aside from those three points, we have no idea what to anticipate from Deadpool 3, and that leaves the door wide open for the best part about superhero shared universes—speculation.

Given the sarcastic nature of Deadpool’s character plus what we’ve seen in the first two movies, there will be plenty of fourth-wall breaks. Since this will fall under the MCU umbrella, we’re sure to get a number of cameos from some of the biggest stars Marvel has to offer. I wouldn’t be surprised to see Jackman’s X-Men costars, which has been a running gag, as well as an Avenger or two. Of course, it won’t be a Deadpool movie unless those cameos are done in epically hilarious fashion with a heaping helping of fan trolling for good measure. After all, this is Ryan Reynolds we’re talking about.

While Reynolds does enjoy trolling basically everyone, including his wife, he also does a great job of listening to the fans and giving the audience what they want. For all the miscues in several X-Men movies, both Deadpool films hit the proverbial nail on the head in terms of tone and characterization. Reynolds also managed to give X-fans the best interpretations yet of Colossus and Juggernaut as well as doing a respectable job with Cable. In fact, I would hope that all three of those characters make return appearances. As nice as that sounds, there’s something bigger that could happen.

But what we really want…

There’s no denying that, as fans, we want to see all of those things. Please, Ryan, give us hilarious, expletive-filled Wolverine and Deadpool banter, violent action sequences, and as much Cable, Colossus, and Juggernaut as you can manage. However, there’s one cameo above all others that we want. In fact, practically every hardcore Wolverine fan would take this one cameo over every character you can possibly imagine: Hulk.

Fans have been begging for this crossover to happen since Iron Man and The Incredible Hulk kicked off the MCU. Long before Disney bought Fox, there were rumors and speculation about Marvel working deals with Fox to bring the characters together for over a decade. As soon as Jackman said he was done with Wolverine following Logan, he had said that he would return to the role if it meant a Wolverine/Hulk brawl. For that matter, Jackman teased that his Wolverine could take Mark Ruffalo’s Hulk in a CGI fight.

No question, this is THE moment comic fans have dreamt about for years. Reynolds knows this all too well. For that matter, so does Jackman. And Deadpool 3 could be the perfect movie to bring it to life. At the very least, I can see Reynolds and company teasing fans with a jaw-dropping Hulk cameo that would establish their rivalry.

Before we can have a proper Hulk/Wolverine slobberknocker, Marvel has to fix its Hulk problem. After the Green Goliath received a full beatdown at the hands of Thanos in the opening moments of Infinity War, Marvel’s resident rage monster has been absent. In his place, we were given the kinder, gentler, and far less popular Professor Hulk, aka Hipster Hulk. Somewhere between the events of Infinity War and Endgame, Bruce and his angry alter ego patched up their relationship and merged into one being. The result has been Bruce’s mind controlling the Hulk’s body. To say the least, it’s not the angry, green monster fans want to see.

In essence, the real Hulk has been MIA for four years. Sure, he looks like the Hulk, but that’s not actually him; it’s Bruce Banner piloting the green, CGI frame. The caveman-like, angry, smashing behemoth we all know and love is gone, and the MCU sorely needs him back. Granted, there’s a limited number of stories to tell on that front, so I understand Marvel Studios’ need to give the character a usable brain. The trouble is that he’s just not Hulk. He’s a bit of a pushover at this point, and that won’t make for a real threat to Logan. Instead, Marvel needs to bring back the savage Hulk in some iteration for a battle with Wolverine because Bruce, with or without gamma-powered muscles, can’t stand up to Canada’s favorite superhero.

We want our Savage Hulk

Honestly, the Hulk hasn’t been the same since Avengers. For all the very warranted criticism of Joss Whedon, there’s no denying that he knew how to write and direct the Hulk. Despite it being an overall lackluster movie, he was presented well in Incredible Hulk and, to a lesser degree, Thor: Ragnarok. What’s the common factor? He was brutish and violent. That’s what we want, but how can Marvel reintroduce that Hulk to the MCU? Deadpool is the key.

If there’s any character who can push zen masters’ patience past their limits, it’s Wade Wilson. Director Shawn Levy has said that Deadpool 3 will be more than just the Wade and Logan show. What if they run across Professor Hulk and Skaar just enjoying a peaceful life? It’s easy to imagine Deadpool needling Bruce until he’s sent over the edge.

What options does Feige have to help explain the return of the Savage Hulk? Although Disney/Marvel doesn’t like taking too many cues from the comics (which is a gross mistake that could be partially to blame for the lackluster Phase Four), Al Ewing’s Immortal Hulk could supply the answer. In this popular storyline, Ewing established that Bruce has multiple Hulk personalities roaming inside his psyche. From World Breaker to Joe Fixit and all points in between, there’s a revolving door of personalities taking charge. Marvel could adapt that idea for the screen, thus giving an opening for Savage Hulk to return for a limited time.

Another option comes from the Ultimate Universe. In these comics, Hulk was a combination of both Savage and Professor Hulk. The concept was that the angrier Banner became, the more his savage, caveman nature arose, thus giving us the more traditional, two-word sentence Green Goliath. Add that into a Wolverine battle, and between Logan and Wade, they could easily piss off Bruce to the point that the Savage Hulk comes out to play. It would make for an awe-inspiring, crowd-cheering moment, no question.

This being an R-rated Deadpool movie, we might actually see Hulk dismember someone. After all, he can’t kill Deadpool or Wolverine, so there would be nothing stopping Reynolds and the creative team from letting Hulk do what he does best. In the end, it wouldn’t matter. We’ve already seen Deadpool regrow his legs after Juggernaut tore him in half. Wolverine has regenerated from a drop of blood in the comics, something too ridiculous for a Deadpool movie not to lampoon.

As much as we want to see Hulk versus Wolverine in live action, we would settle for scraps at this point. Again, Ryan Reynolds knows this all too well. He is aware, and he will use that to his advantage. In fact, I would imagine that he’ll tease us with just that. Maybe Hulk appears in a cameo or possibly he is relegated to a tantalizing Easter egg. One way or another, we can expect something Hulk related in Deadpool 3.

Here’s what I could 100 percent see taking place. Hulk and Wolverine spot each other. The claws are out, Hulk’s fists are clenched, and we are on the edges of our seats waiting for someone to throw the first punch. Just as the tension is at its climax, here comes Deadpool to troll the audience. He could stop the fight altogether or, even better, block the camera so we hear the fighting and maybe catch a glimpse or two at best. It would be on brand for Reynolds to find a way to dangle the carrot in front of us just to yank it away in the funniest way possible.

Has it already been teased?

There’s an interesting theory floating around that connects She-Hulk: Attorney at Law and Deadpool 3. Remember that clever Easter egg on Jennifer Walter’s phone about a man with claws fighting in a bar? That could be the first tease that Wolverine and Hulk will be tied together in the MCU.

For all the accusations that Marvel is tone deaf toward its comic book audience, the fact that Logan was clearly teased in She-Hulk is a hint that maybe Feige is listening. When it comes to trolling the fans, he’s supremely guilty of the act. It would be fitting for him to okay a Hulk cameo strictly for trolling purposes.