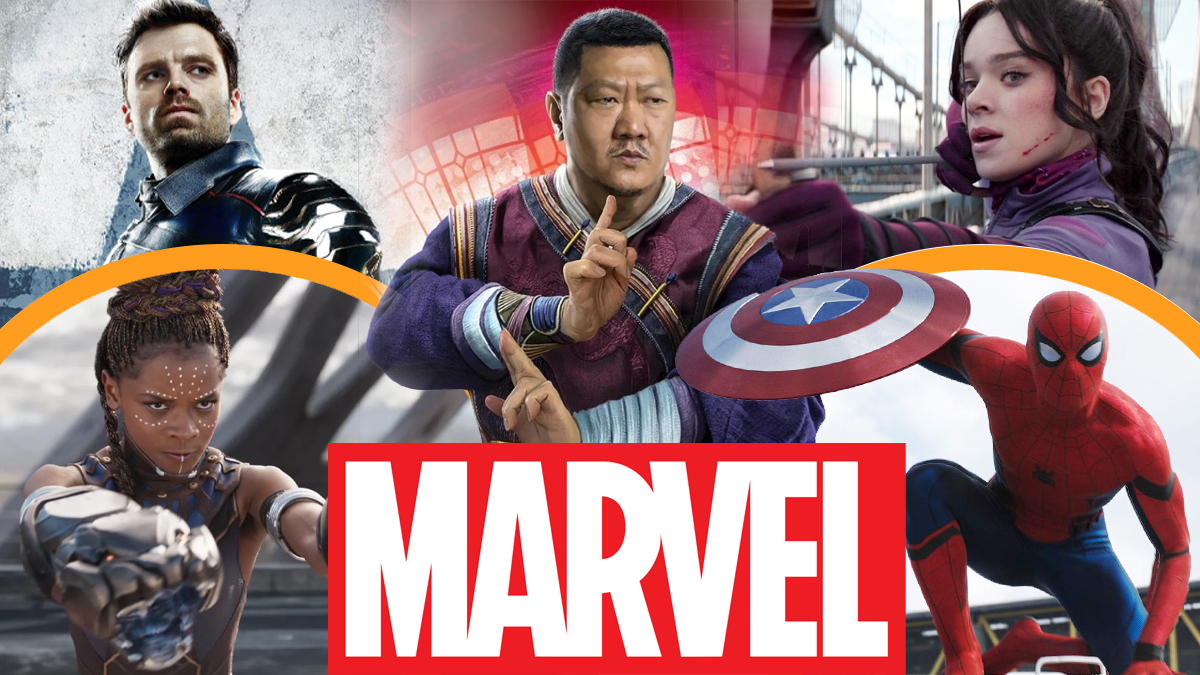 Yet what is even more captivating are the unexpected team-ups – Sam (Anthony Mackie), Bucky and Zemo (Daniel Brühl), Doctor Strange (Benedict Cumberbatch) and Peter Parker (Tom Holland), or even Thor (Chris Hemsworth) and the Guardians of the Galaxy – that probably surprise even the actors themselves. It’s those kinds of team-ups that make the MCU such a dynamic powerhouse.

With an ever-expanding cast of characters spread across the universe, more unexpected team-ups are likely on the horizon. Imagine, for a moment, some unexpected MCU team-ups that would be so exciting to see played out on the small and silver screens that they could have the power to turn the franchise upside down.

Nebula (Karen Gillan) hysterically gave the vibranium arm belonging to Bucky Barnes to Rocket as a Christmas gift during The Guardians of the Galaxy: Holiday Special. The thing every Marvel fan immediately thought was, “I need to watch that scene!”

At first, Bucky and Nebula seem completely different, but they actually have a lot in common. Both are stoic warriors who have spent their lives tortured, have had their minds messed with, and have metal upgrades, but they both want to be better people. Seeing them together, whooping up on everyone and being two grumpy outcasts, would be epic. Plus, as previously stated, we need to watch that scene!

Two of the world’s most brilliant young minds partnering up could change the MCU as we know it. By putting their minds together, Peter and Shuri (Letitia Wright) could help the future generations of Avengers, X-Men, Fantastic Four, or other teams. They’re both excited about science, so watching them nerd out would be great to see and would be a way to show young people that science can be fun.

It would be also amazing to witness Peter inside Shuri’s lab and freaking out about all the gadgets and gizmos she creates. Shuri could also use her expertise in vibranium to help Peter create vibranium webs. Now that would be something spectacular.

Two of the sassiest fighters in the MCU? Yes, please! Yelena Belova (Florence Pugh) and M’Baku (Winston Duke) are already golden on screen, so putting them together in a few scenes would be magical. They could compare notes about how many people they have killed, share their best scar stories and make fun of all the weaker people around them.

M’Baku is presumably the new King of Wakanda and Yelena is the Queen of Awesome, so their partnership would be the stuff of legends.

These two young ladies not only have similar names, but they were also both drawn to the bow and arrow as their weapon of choice. Kate Bishop (Hailee Steinfeld) spent her teenage and young adult years idolizing Hawkeye after watching him plummet from the side of a building, shooting aliens with his arrows and saving her life in the process. Meanwhile, Katy Chen (Awkwafina) worked dead-end jobs without finding her purpose until she picked up a bow and arrow. In one shot, she changed the course of the battle during the events of Shang-Chi and the Legend of the Ten Rings and helped save the world – not too shabby for a parking valet.

Katy and Kate would excitedly talk about shooting arrows, with Kate telling Katy how she stopped the Tracksuit Mafia during the events of Hawkeye, while Katy tells Kate about shooting a dragon in a magical land. The hilarity would be off the charts. Two of the MCU’s newest funny ladies could definitely pull it off.

Kamala Khan (Iman Vellani) and her family have probably spent their lives watching Kingo (Kumail Nanjiani) in Bollywood movies, so it would be hilarious for her to find out he is a superhero who has been on Earth for thousands of years. Since she only recently unlocked her powers as Ms. Marvel, thanks to the magical bangles she put on, she could definitely use a mentor to help her gain control of her abilities.

Like the father/son mentor dynamic between Peter Parker and Tony Stark, Kamala and Kingo could be the next big mentor/mentee relationship. Kingo would probably be a bad influence on the teenager. Since he has a camera pointed at him at all times, seeking fame above everything else, the shy teenage Kamala would not be comfortable. At the same time, she could probably learn a lot from Kingo, such as how to be less awkward in her own skin. It could take someone as outgoing as Kingo to help Kamala break out of her shell. Maybe she could also star in a Bollywood movie with him. With two superpowered individuals, the possibilities are endless.

Wong (Benedict Wong) is single-handedly saving the MCU with all his appearances in all the latest MCU movies and Disney Plus shows. No other character has helped bridge all the different characters and teams together like the new Sorcerer Supreme. He is possibly the most likable character in all the MCU and every single one of his appearances has helped make the movie or show better.

While Wong would be great with everyone – past, present or future characters – a team-up of himself and Deadpool (Ryan Reynolds) would probably break the Internet. With the X-Men set to appear soon, Wong could definitely be useful for the X-Men. Professor Xavier could ask for Wong’s assistance in helping someone like Jean Grey to control her abilities. Another character that he would be great with is Mantis (Pom Klementieff). While she and Drax are a team nobody wants to see end, it’s all but confirmed that the next Guardians of the Galaxy movie will be his last. Mantis’ innocent ignorance and Wong’s wisdom could prove to be the perfect collision of awesomeness.