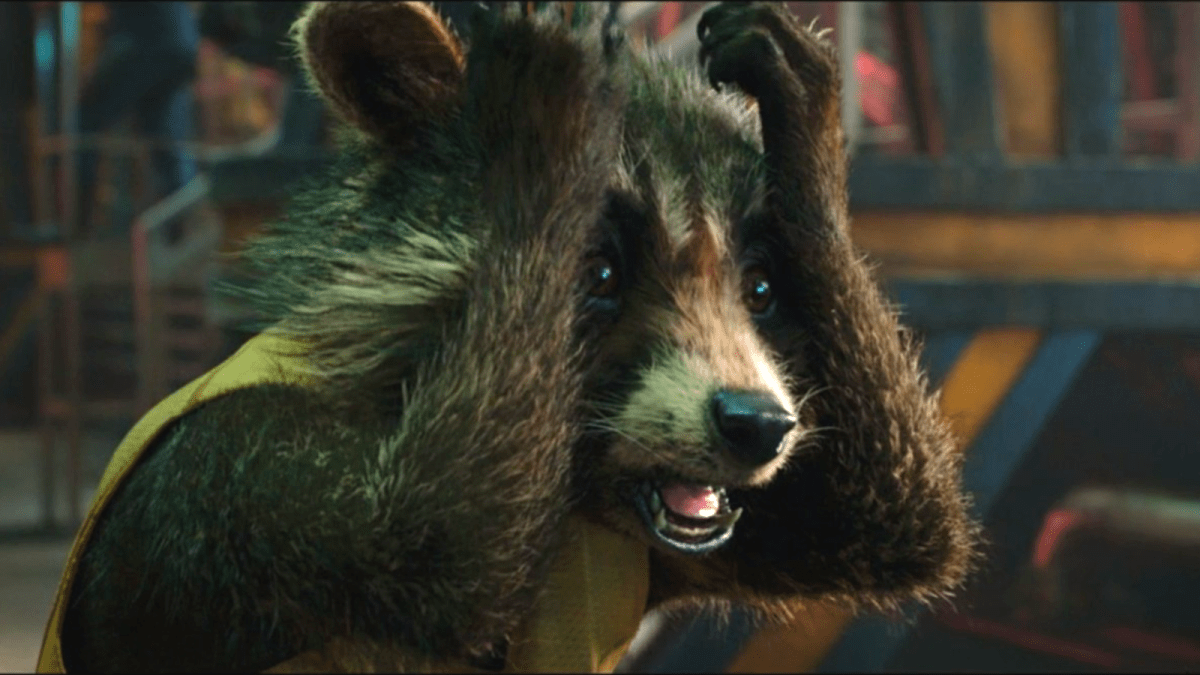 Warning: The following contains spoilers for The Guardians of the Galaxy Holiday Special.

In terms of major surprises, there is barely anything that The Guardians of the Galaxy Holiday Special offers. But it does go for some unexpected twists and out-of-the-blue moments that we were certainly not expecting. And fans will agree when we say that the biggest OMG moment from the special is when Nebula gifts Rocket Bucky Barnes’ arm. As the blink-and-you’ll-miss-it scene doesn’t answer the question it raises, we are here to address the elephant in the room — how did Nebula manage to subdue Bucky to get his arm, the arm that only Wakandan warriors know how to disarm? And the even bigger query is why on Earth — or whatever planet they are on — did she gift it to Rocket?

We would first like to dispel the unlikely — though rather desirable — possibility that Nebula managed to steal the Winter Soldier’s arm from him just so she can gift it to Rocket.

It is actually a callback to the hilarious scene in Avengers: Infinity War, where all the Avengers, the Guardians — as well as Bucky and the Wakandan warriors — faced off against Thanos’ massive army. During the fight, Rocket is seen baiting the enemy to fight him and as they rush him, Bucky picks him up with his bionic arm, whirling him around as the duo keeps shooting down Thanos’ minions.

After dispatching their lot, Rocket turns to Bucky inquiring about the selling price of his gun. Bucky stiffly responds that it is not for sale, prompting the not-raccoon to question if his arm is up for grabs, only to get a look in return as the Winter Soldier leaves Rocket to his musings. Well, the latter is far from giving up on the thought as he mutters how he will “get the arm.”

While it is easy to imagine the determined Rocket jumping on an unaware Bucky to wrestle the arm from him, it is hard to digest the fact that anyone — even the badass Nebula — could make the formerly-brainwashed Hydra henchman part with his bionic body part.

What probably happened given Rocket’s evident obsession with Bucky’s Winter Soldier arm was that he probably raved a lot about it among his friends. Nebula, despite her zero-fucks-given attitude, has come to see the Guardians as her family, especially since the OG Gamora died and the alternate version hopped off on her own adventures. So, no matter how disgruntled the idea of celebrating Christmas is to her, she decided to give Rocket what he wants most — a replica of Bucky’s arm because getting the original would be a suicide mission even she wouldn’t embark on.