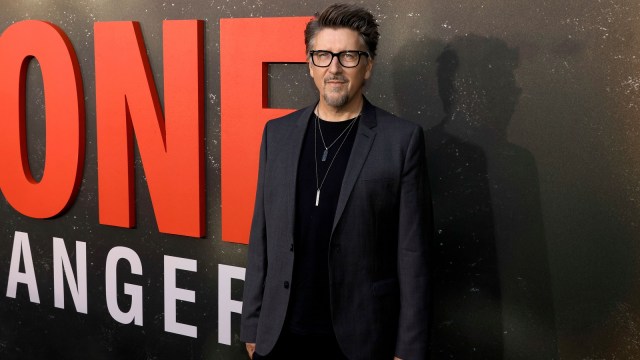 Warning: This article contains spoilers for the ending of The Black Phone.

The Black Phone is being hailed as one of the more sadistic horror films to come out in some time. However, like any movie, it went through a number of changes before it made it to theaters. According to director Scott Derrickson, one of those changes happened fairly late in the game.

For the uninitiated, The Black Phone is a horror-thriller about a killer of children played by Ethan Hawke. The child killer is known as the “Grabber” and he wears a terrifying mask.

In a scene near the end, Robin (Miguel Cazarez Mora), a former victim of the Grabber, shows up as an apparition. That scene wasn’t actually in the original script, according to The Hollywood Reporter, and it was hard to pull off because Mora had already flown home from the production. Derrickson said that he fought to make sure the scene felt right.

In the script, Robin wasn’t in the room. It was just a phone call. A day or two before we shot that … it suddenly hit me out of nowhere. I was like, ‘Oh, the audience wants to see that kid again. We got to see him again. It’s not going feel right if we don’t see him again.’ I was like, ‘Where’s that kid?’ and they were like, ‘We just flew him home.’ I was like, ‘Get him back. You got to fly him back.’

When it actually came time to shoot the scene, Derrickson had to figure out how to block it that day because it was an impromptu thing. He was forced to improvise, he said, but he was extremely proud of how it came out, calling it one of the best scenes in the movie.

I end up doing it all in one shot. I think a good director always has an antenna up trying to hear what this movie really wants to be. If you do that, you can sometimes make decisions that are bigger than you.

Despite shooting an intentionally terrifying film, Derrickson said there were moments he tried to soften. For example, he said he felt like the scene where alcoholic father Terence Blake (Jeremy Davies) hits his daughter Gwen (Madeleine McGraw) needed to be altered.

That one was probably the one that I felt the most nervous about. I chose the kitchen that I chose because it had a long counter. I realized you could really go too far with a scene like that very easily, and an audience can turn on a movie. I wanted them to be disturbed and upset by it, but I didn’t want them to turn on it. … I thought, ‘I don’t want to see this kid actually getting hit.’ So the very first strike happens off-screen. She’s below the counter, and it’s more his rage that’s upsetting. And then her really emotional performance, most of that occurs when she stands back up and has this long faceoff with him. He’s got the belt raised, but he never actually hits her again. And so that was all worked out very specifically in choreography.”

The Black Phone is currently in theaters.