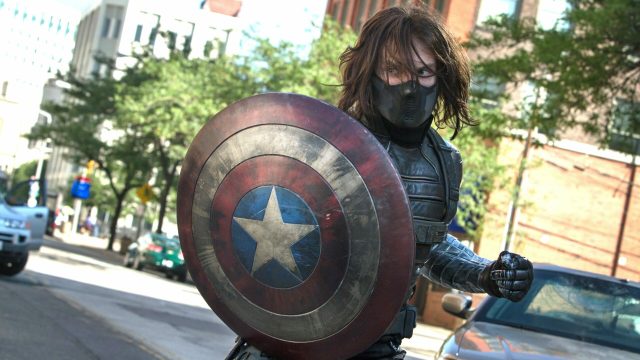 Twitter users are asking what’s the best MCU sequel and why is it Captain America: The Winter Soldier.

Although there’s some dissent, many users are picking Winter Soldier as the best sequel and are extremely passionate about that choice. “If Winter Soldier isnt [sic] everybody’s pick there’s something wrong with the fandom,” wrote @CalebHerndon19 in response to @MarvelMultive’s “best MCU sequel?” question and collage featuring Iron Man 2, Thor: The Dark World, Avengers: Age of Ultron, Guardians of the Galaxy Vol. 2, Ant-Man and the Wasp, Spider-Man: Far from Home, Doctor Strange in the Multiverse of Madness, and the aforementioned Winter Solder.

@CalebHerndon19’s tweet has over 2,000 likes, but it’s only one of many expressing the same sentiment with similar support.

@Shady_Mist went so far as to say that Winter Soldier is not just the best MCU sequel, it’s the “best MCU movie/series period.”

On the dissenting side, @RebelHart9 chose Ant-Man and the Wasp because “Ghost’s costume is one of the coolest in all of the MCU,” to which @joelogsdon18 replied, “What a stupid reason to pick over film over another.”

Others chose Doctor Strange in the Multiverse of Madness, Guardians of the Galaxy Vol. 2, and Spider-Man: Far from Home.

As for critics’ opinion, Winter Soldier is tied with Far from Home for best MCU sequel, as each has 90 percent approval on Rotten Tomatoes.

There you have it: Winter Soldier is at the top of the MCU sequels list according to both fans and critics.