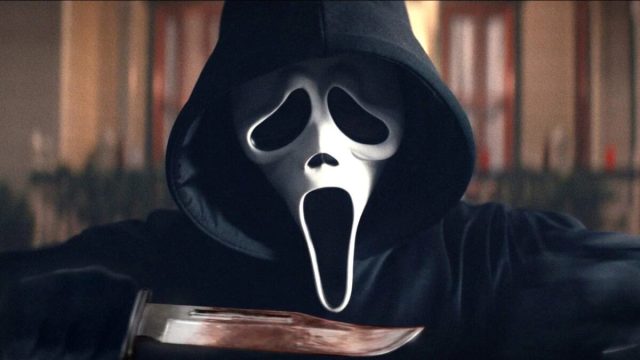 Ghostface is unique in the annals of horror history in that they are an iconic slasher villain whose identity changes every movie,with each successive Scream film introducing a new killer (or, more often, two) who’s hiding behind that giant-jawed mask. It’s always a huge twist when a character we assumed was innocent is ultimately revealed to be the latest murderer, then. But the game would’ve been given away right off the bat if this Parks & Rec star had once landed the part.

While promoting her new movie Emily the Criminal, in which she plays a character who turns to crime after struggling to find employment, Aubrey Plaza was asked to name a memorable time when she failed to land an acting job. The one that sprang to mind for the Legion alum was the occasion when she hilariously tanked her chance to play the lead in Scream 4 by going into her audition dressed like a serial killer. As Plaza recalled:

“They had told me ‘you’re going into audition to play a character who you find out eventually is the killer…’ So I took that really literally and I thought ‘OK, I’m gonna dress like a killer,’ you know, and I went in and I looked terrible. I was, like, really frumpy ’cause I thought ‘I’m a murderer,’ and everyone else was glamorous and they all looked great and I just looked insane. And they were like ‘the whole point is we’re not supposed to know you were the killer and you pretty much look like a murderer right away.’ Anyway, I blew that one.”

As the tweet above points out, Plaza’s comments make clear that she was up for the role of Jill, the role ultimately played by Emma Roberts in Scream 4. Considering her own talent for playing unhinged characters, however, Plaza would’ve no doubt turned in a brilliant performance as Ghostface. Still, it’s hilariously on-brand for her to ruin her audition by being too immediately scary and off-putting.

So, in terms of preserving the surprise, director Wes Craven definitely made the right call in choosing Roberts over Plaza, although if current franchise custodians Matt Betinelli-Olpin and Tyler Gillett want to cast her in, say, Scream 7, we won’t complain. For the moment, Aubrey Plaza can be seen in the new season of HBO’s The White Lotus, streaming Oct. 30. Scream 6 slashes into theaters on March 31.