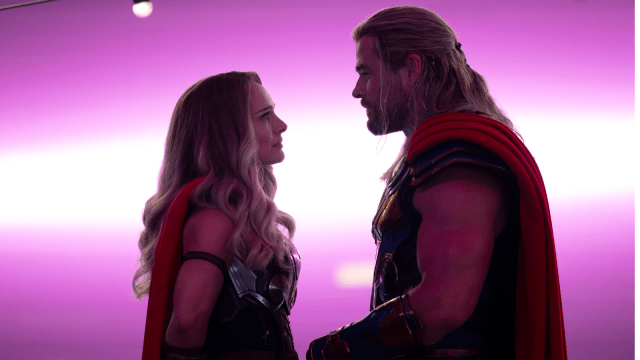 Jane Foster’s return to the Marvel Cinematic Universe in Thor: Love and Thunder after a nine year absence from the franchise is a surprise, but so is the shock diagnosis of cancer in the film. Or perhaps we shouldn’t be shocked at all?

Fans have done the hard yards, and think they’ve worked out exactly how Natalie Portman’s Mighty Thor got cancer, and it ties directly back into her last appearance in the MCU, with Thor: The Dark World. While obviously, yes, people do just get cancer sometimes and scientists don’t know the exact cause of humans getting cancer in each case, this is a suitably Marvel way to answer it.

Posted on Reddit’s home of fan theories, /u/MultiverseOfSanity echoes a belief We Got This Covered has reported on before: that Foster’s experiences with the Aether in Thor 2 directly led to her cancer diagnosis.

Infinity Stones are highly irradiated with gamma as Hulk explains in Avengers: Endgame, and it led directly into why Hulk had to be the one to undo the snap in the film, with Thor not being able to. So Jane absorbing the Aether (also known as the Reality Stone) in The Dark World causing her to be exposed to a lot of radiation, thus causing cancer.

It makes perfect sense, and it’s quite shocking this hasn’t been explained as the official reason in either the film or any promotional materials for Thor 4.

Jane Foster as Mighty Thor was introduced to Marvel Comics in 2014, a year after Thor 2 was released. Prior to that comic reinvention, she’d mostly just served as the human foil to Thor, and given him some humanity. Now, she’s the star of one of Phase Four’s biggest films.