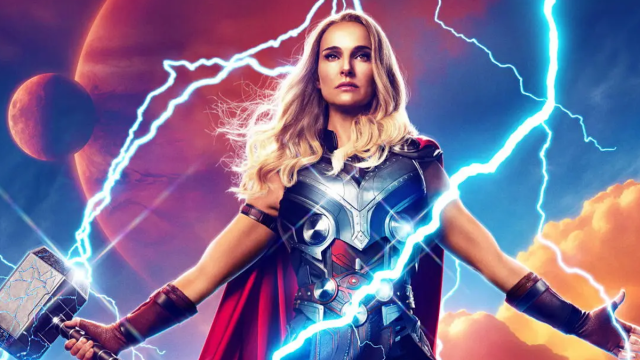 Thor: Love and Thunder has finally hit cinemas, and fans are leaving screenings with many questions after Thor’s fourth solo outing. Jam-packed with talking points, characters, and fight scenes, one of the story’s catalysts has many wondering one thing: how did Jane Foster get cancer in the film?

What caused Jane Foster to get cancer in Thor: Love and Thunder?

Thor: Love and Thunder never explicitly comments on the factors that led to Jane getting cancer, but she does say in the film she’s been in treatment for six months by the film’s beginning.

People do just get cancer, but scientists aren’t entirely sure why it occurs, at least not in a simple, easy-to-swallow reason. Cells dividing uncontrollably is one cause. But in the magical and mystical world of the Marvel Cinematic Universe, and Jane’s history, here are just a few suggestions for what could’ve been the catalyst.

The Aether from Thor: The Dark World

During the events of Thor: The Dark World, Jane becomes attached to the red space goo that is the Aether, which we later learn is housing an Infinity Stone – or is the liquified version of the Infinity Stone. Either way, it’s entirely believable that this experience — which caused her to fall ill in that film — gave her radiation.

In Avengers: Endgame, Hulk and Tony Stark confirm that the Infinity Stones come with a large gamma signature and could kill a mortal who isn’t strong enough to use it more than once (see: Stark’s death). Jane taking on even some of the stone’s power would be a good explanation for her cancer and tie it into the wacky and cosmic side of the universe.

Jane and Thor’s relationship was undoubtedly a sexual one, especially with them considering starting a family. Unless they are both waiting until marriage, which for Thor, would mean he’s a 1000 year-old virgin. But let’s consider that Thor is an intergalactic alien who can channel lightning, and is also somewhat endowed with magic – and Jane Foster is just a human woman.

I’m not saying his specimen is radioactive, but I’m not not saying it.

Her travel to Asgard

Jane travelling to Asgard in Thor 2 may also be a reason. Consider that almost no humans have ever been to Asgard as far as we’ve seen, if Jane travelled there, it’s possible the rainbow bridge or Asgard itself is filled with cosmic radiation. Don’t ask me how that works, but it’s definitely a thing.

Until an official confirmation by way of a Word of God announcement from Taika Waititi or an old school novelization, we’ll just have to speculate.