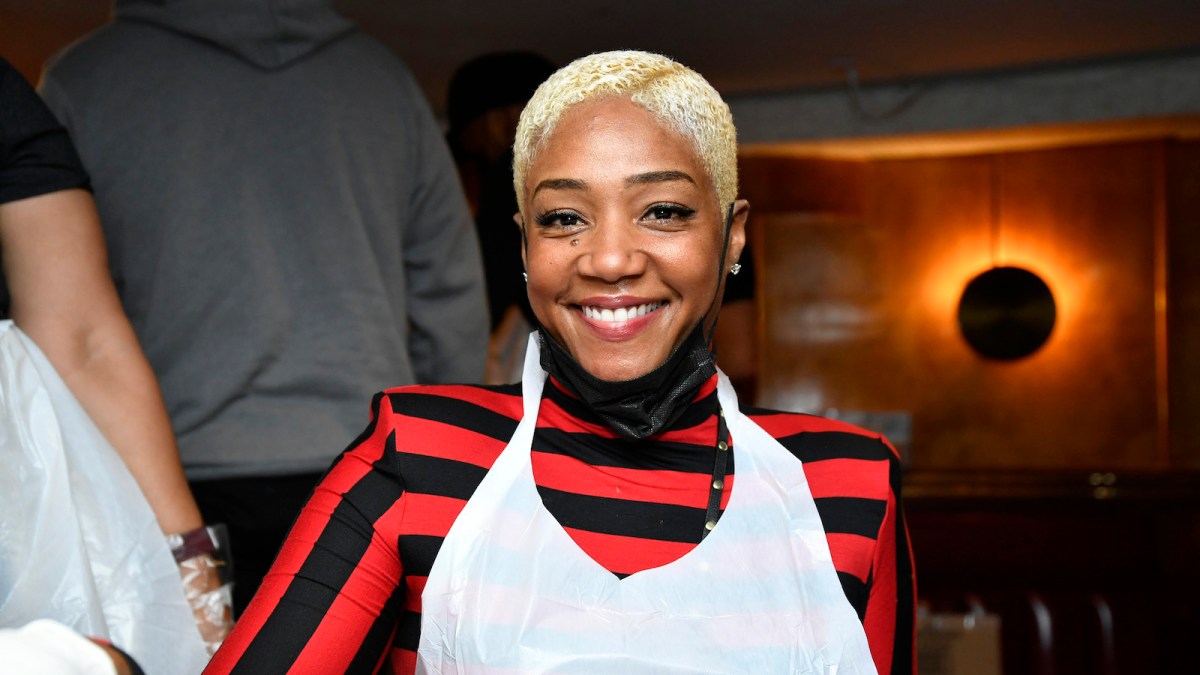 According to TMZ, actress and comedian Tiffany Haddish was apprehended in Georgia by Peachtree City police for a suspected DUI, and improper stopping on a roadway. Law enforcement officials told the publication that they were responding to a call about a driver that fell asleep behind the wheel.

Moments after officers were provided the vehicle’s description, they spotted the Girls Trip star pull into an undisclosed neighborhood and later arrested her. Haddish, who was believed to be under the influence of marijuana, was in police custody for a few hours and posted $1,666 bond.

This event comes at a time when Haddish suffered incredible losses, including the deaths of her grandmother, her dog, and close friends Bob Saget and Carl Craig. Last week, the 42-year-old paid tribute to Saget, who passed away at the Ritz-Carlton Hotel in Orlando, Florida, by sharing an image and a clip from her show Friday Night Vibes.

In addition to the upload, Haddish expressed how much she will miss the Full House star. “@bobsaget I am going to miss you so much. You have brought so much joy to this planet. You were one of my 1st Great teachers. You always made me feel safe and worthy. You always made me laugh. Now you make God, and all the Angels laugh. I Love you forever!”

The following day, the Night School star took to Instagram to remember her friend Carl Craig. She wrote, “This one hurts a lot Carl Craig. When I 1st met you we laughed for three hours. That was in 2004 you taught me so much about this business, you protected me, pushed me, Scolded me, advised me, and congratulated me. I love you and I will keep you in my memories and heart R.I.P.”

No additional details surrounding this incident have been released.