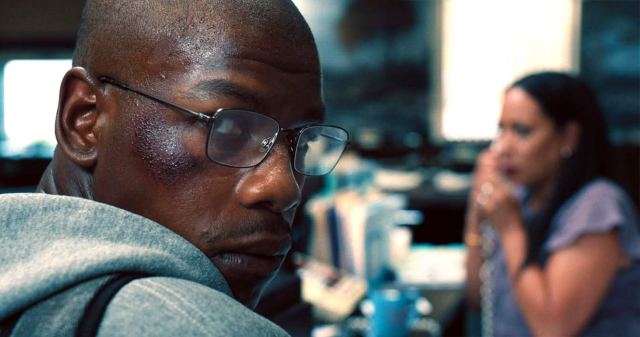 Desperate times call for desperate measures, and perhaps nothing encapsulates the all-encompassing scope of desperate times more than the plight of war veterans, who repeatedly faced apathetic hells-on-earth day in and day out, only to come home to a system that neglects and abandons them.

And now, John Boyega (Star Wars) is set to deliver a heart-pounding encapsulation of the quiet violence faced by veterans at home in Breaking, the upcoming crime thriller from Bleecker Street, which just released a brand new trailer earlier today.

Based on a true story, Boyega stars as Brian Brown-Easley, a military veteran who is turned away from Veterans Affairs. With nowhere left to hang, and uncovering more and more heinous secrets about the truth behind his misfortune, Brian takes a bank hostage, using its employees to demand attention from the law, media, and everyone else.

It looks like a ripe recipe for a film packed with dramatic intrigue, electrifying action, and an eye-opening commentary of what goes on in our society behind the curtains of administration.

The film’s distribution will be handled by New York-based company Bleecker Street, which handled the likes of Mr. Malcolm’s List.

Directed by Abi Damaris Corbin, who co-wrote the script with Kwame Kwei-Armah, Breaking will release to theatres on August 26.