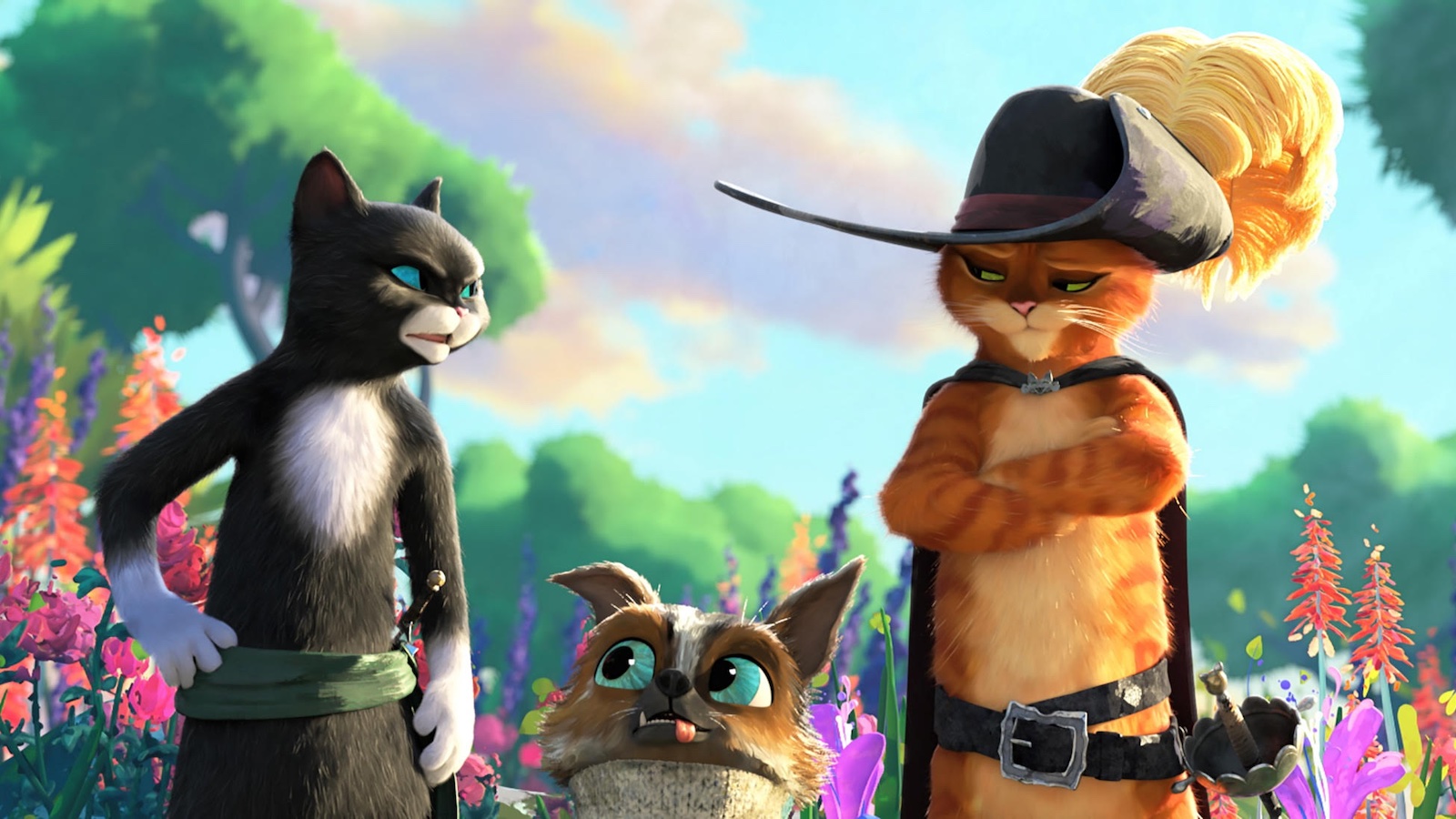 It’s been over ten years since we’ve revisited the Shrek extended universe, but that’s all going to change this December when Puss In Boots: The Last Wish hits theatres. Featuring an all-star voice cast and a delicious blend of action and comedy, it’s set to bring the character back in a big way, and the new trailer echoes such a sentiment in spectacular fashion.

The trailer sets the titular feline up in what almost appears to be a superhero framework, taking on a colorful cast of dangerous enemies as he slices and hisses his way to the end goal.

The film sees Puss In Boots (Antonio Banderas) finally pay the price for his devil-may-care approach to combat, resulting in the loss of eight of his nine lives and landing him in a safe house for cats on their last life. After befriending the therapy dog Perro (Harvey Guillén) and reuniting with his old ally Kitty Softpaws (Salma Hayek), he sets off on a quest to find the Last Wish in order to restore his life, allowing him to return to his open range of a battlefield. His quest will be marred, however, as he’s hunted down by the finest fairy-tales-turned-bounty-hunters in all the land, including the Goldilocks and the Three Bears Crime Family, The Big Bad Wolf, and “Big” Jack Horner.

It seems like it’s going to be a triumphant return for Shrek’s sidekick, and we’ll just have to see if it can follow in the footsteps of its Academy Award-nominated prequel.

Puss In Boots: The Last Wish releases to theatres on December 21 later this year.