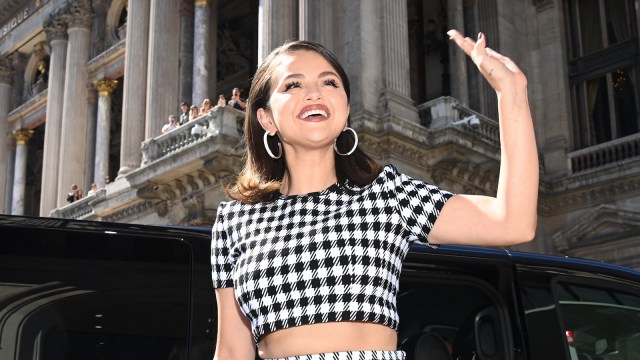 A new documentary about personal mental health is on the way from singer and actress Selena Gomez, and today, she shared a promo of the doc on her Instagram page.

It’s called Selena Gomez: My Mind and Me, and it provides an inside look at her rise to fame and origins before stardom, as well as her struggles with her own mental health. Here’s the synopsis:

“After years in the limelight, Selena Gomez achieves unimaginable stardom. But just as she reaches a new peak, an unexpected turn pulls her into darkness. This uniquely raw and intimate documentary spans her six-year journey into a new light.”

“My Mind & Me. We don’t get along sometimes and it gets hard to breathe… But I wouldn’t change my life. Out November 4,” she wrote in the caption.

In the moody trailer for the Apple TV Plus documentary, there’s a mournful piano melody playing along to clips from the singer’s past, some triumphant and happy, others tinged with palpable melancholy. “Every breath a breakthrough,” the trailer said.

“Even if you see a therapist (which is amazing), you still need to work on yourself between sessions,” the website for Wondermind said. “You wouldn’t expect physical fitness results seeing a trainer only once in a while, would you? That’s what Wondermind is here for – to give you easy, doable ways to put your mental fitness first every single day.”

In the same interview, she spoke about her ongoing struggle with bipolar disorder and anxiety, both exacerbated by her fame. She said it’s important to prioritize mental health above everything else.

“I can’t believe that I’m where I am mentally, just because of how I took the necessary steps in order to kind of remove myself from that. If I’m known for anything, I hope it’s simply just for the way I care about people. I really really want people to be understood and seen and heard. Those days where I don’t want to get out of bed, if I had something like Wondermind — even if it took me a minute to get into it — it’s just there, and there’s something really comforting about that.”

The music documentary of the current star is not a new idea – artists like Beyonce, Justin Bieber, and Katy Perry have all let cameras into their busy lives. Billie Eilish recently shared more of the struggles of fame and mental health with fans in an Apple TV doc called The World’s a Little Blurry. This project is a logical extension for Gomez.

Selena Gomez: My Mind and Me premieres on Nov. 4 on Apple TV Plus. You can currently watch her on HBO Max’s Selena + Chef and Hulu’s The Only Murders in the Building.