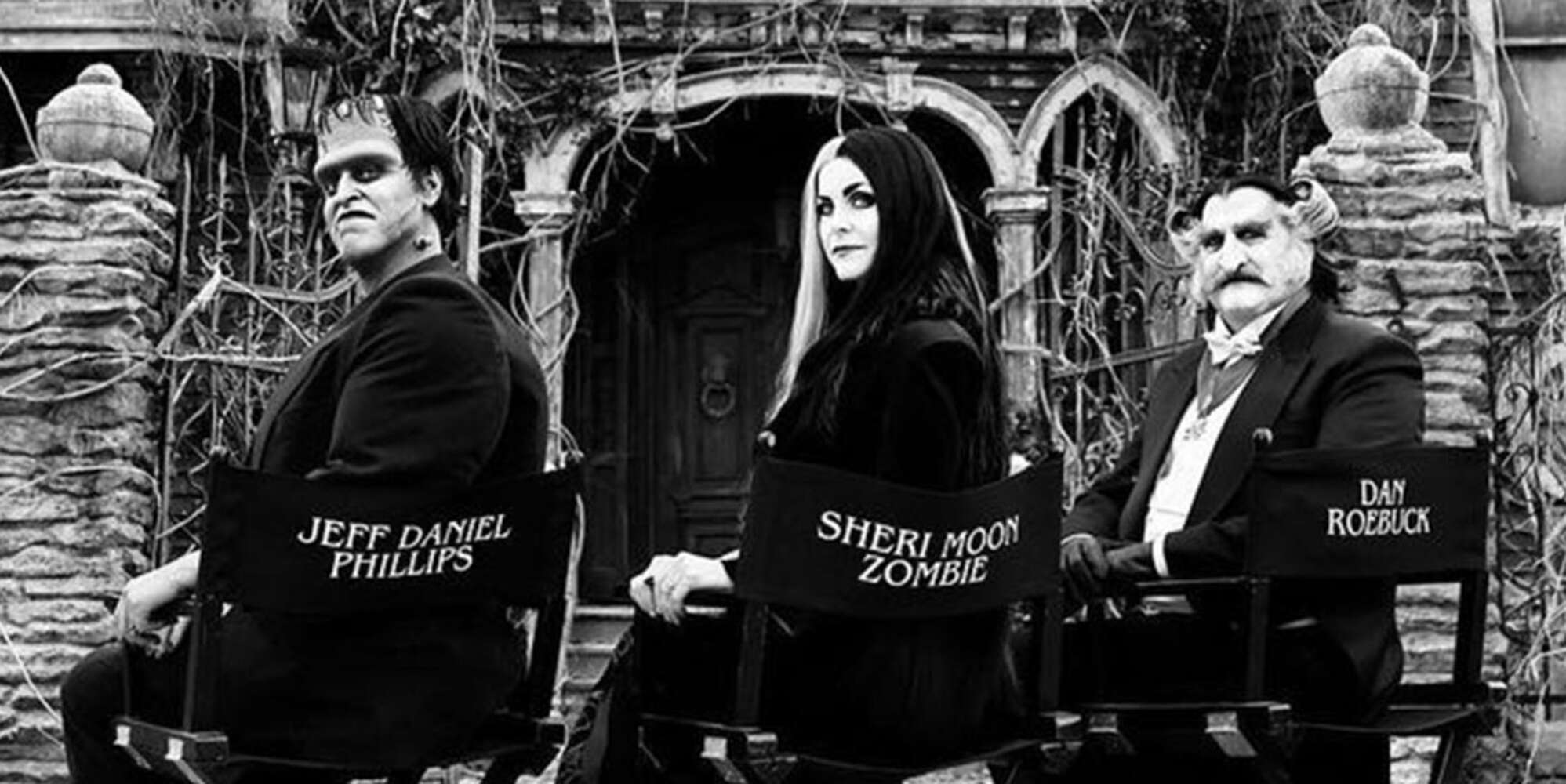 America’s favorite family of monstrous misfits is coming back to screens. After various failed attempts to relaunch the franchise over the years, Universal has finally got a reboot of The Munsters off the ground, with horror director Rob Zombie helming a movie version of the classic 1960s sitcom. Although we still don’t have a release date for it, we can now say it’s definitely coming sometime later this year, as confirmed by this first-look teaser trailer.

As shared by Zombie himself on Instagram, the short promo offers a loving recreation of the original Munsters opening sequence, complete with the iconic theme tune. Jeff Daniel Phillips gets to ape Fred Gwynne as the Frankenstein-like Herman, Sheri Moon Zombie dons Yvonne De Carlo’s fangs as vampy Lily, while Dan Roebuck fills in for Al Lewis as the Dracula-esque Grandpa Munster. Check out the trailer via the post below:

After the recreation of the opening, the teaser then cuts to the three Munsters sitting on the sofa in their gothic mansion (located at, as uber-fans may recall, 1313 Mockingbird Lane). This time, the gang is in full color, which seems to be confirmation that the film won’t be in black and white. “Well, now what?” Grandpa asks, inspiring lost looks on his daughter and son-in-law’s faces.

This teaser definitely encapsulates the comedy and kooky vibes you’d associate with the Munsters, thereby reminding us that Zombie is eschewing his typical R-rated outlook for this one as the reboot will be PG-13. That said, the eerie music employed at the promo’s close can potentially be taken as a hint that the film will still delve deeper into the horror genre than the original show did.

Joining the aforementioned trio in The Munsters is a supporting cast to die (again) for, including Jorge Garcia, Richard Brake, Sylvester McCoy, and Cassandra “Elvira” Peterson. Jacob Tremblay and Evan Rachel Wood have also been rumored to be involved, although Zombie has yet to officially announce this himself. When it gets here later this year — we’re guessing sometime around Halloween — The Munsters will release simultaneously in theaters and on Universal’s Peacock streaming service.