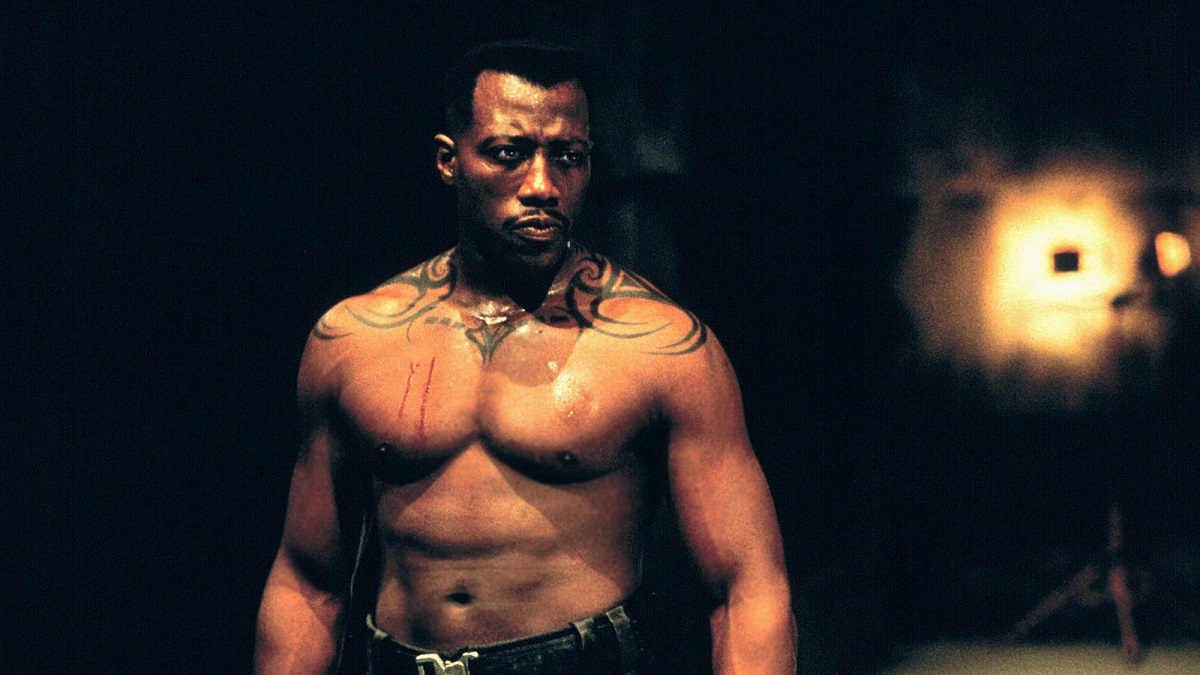 The younger generation were taken to task not too long ago on social media for overlooking the contributions of Stephen Norrington’s Blade to the resurgence of the comic book genre, with Wesley Snipes’ debut as the Daywalker arriving on the scene just a year after Batman & Robin had almost killed the blockbuster comic book adaptation entirely.

It was a breath of fresh air for the medium, with Snipes taking the undead to task by delivering a charismatically ass-kicking performance that put maximized his martial arts prowess and star power. It’s not the best page-to-screen superhero story in existence, but it’s absolutely one of the most important.

One of the best lines from Blade comes during the third act, when the title hero determines that “some motherf*ckers are always trying to ice skate uphill”. It’s genius and glorious, in that it both does and doesn’t make sense at the same time, while nobody other than Snipes would have been able to deliver it with such gusto.

In an interview with ComicBook, the star confirmed that he came up with the iconic dialogue, and the inspiration arrived at an unlikely time.

“That happened at my dinner table. We were having a script read and I remember one of the other producers, and the writer David Goyer. They were all sitting at my dinner table, eating some wonderful, fantastic cream cheese based chicken, something out in Louisiana. That was so good, it would make you want to lick underneath your fingernails, and we were doing the read.

Thank you sour chicken and cream cheese-based poultry dishes, then, for gifting the world with what inarguably still ranks as one of the finest lines ever uttered in superhero cinema.