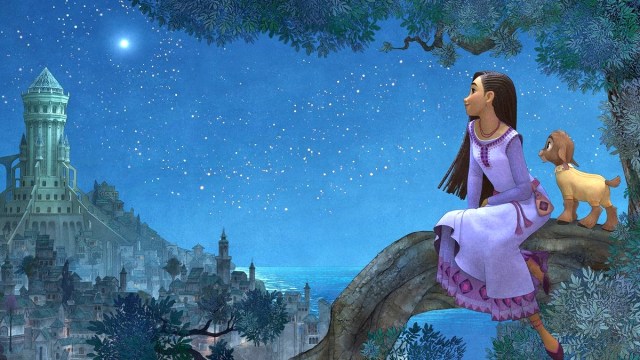 Disney announced a number of upcoming projects at its D23 Expo. Many are instantly recognizable, like a live-action Little Mermaid, a sequel to Inside Out, and a Lion King spinoff called Mufasa, while others are new to our senses, like Elemental, Elio, and Chang Can Dunk. Perhaps most intriguing of the upcoming originals is Wish, a throwback watercolor/CG animation directed by Chris Buck and Fawn Veerasunthorn. Thankfully, Disney has revealed much more about Wish than mere logistics. Here’s the plot for the film and when we can expect its release.

The star of Wish is a literal star: the one that answered the wishes of Pinocchio‘s Geppetto and Princess and the Frog‘s Tiana and guided the way for numerous other characters. Yes, Wish is the origin story for Disney’s iconic wishing star, told as a musical-adventure-buddy movie which pairs the star with a princess and her pet goat as they fight a cosmic usurper. Oscar winner Ariana DeBose will voice the princess, Asha, and perform songs such as “More for Us,” which she unveiled at D23. Longtime character actor Alan Tudyk will play her goat/GOAT sidekick Valentino. We don’t know who plays the star but they’ll certainly be making waves.

When will Wish come out?

Wish will guide our viewing choices in November 2023. Disney didn’t announce an exact date, but IMDb lists Nov. 22. The company also neglected to mention whether it will premiere in theaters, streaming, or both, but since it’s being billed as the “62nd Walt Disney Animation Studio feature film,” we presume it will have a grand release. Join us in wishing for another Disney masterpiece.