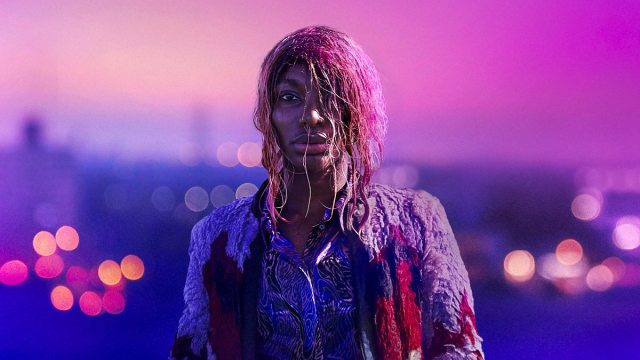 SDCC 2022 revealed that Michaela Coel was set to bring a familiar face from the Black Panther comics to life in Wakanda Forever. As Aneka, a combat instructor for the Dora Milaje, she’ll no doubt be at the center of the action. It’s about time Disney and Marvel came calling for Coel, but what else has she been in?

Over the past decade, Coel demonstrated her incredible talent for drama and comedy in front of and behind the camera. She’s not only an actress knocking on the door of a major Marvel blockbuster, but an accomplished comedian, writer, and producer. She’s already made history with her award wins, and it’s not a stretch to say there will be plenty more of those in her future.

Coel was the first black woman to win the Emmy Award for Outstanding Writing for a Limited Series, Movie, or Dramatic Special. She scooped the prize at the 73rd Primetime Emmy Awards for her groundbreaking TV show I May Destroy You, which she also created, co-directed, starred in, and produced. Coel’s well-deserved awards, which include British Academy, Critics’ Choice, and Independent Spirit Awards along with her Emmy, are also notable for her powerful speeches.

You may well recognize her from her roles in productions for the BBC, Channel 4, and Netflix. If you haven’t, here are ten places you can catch her. We suggest you catch up before Wakanda Forever brings her a new level of fame.

I May Destroy You would be a career-changing achievement for anybody, let alone an actress in her early 30s who based it on her own harrowing experiences. The COVID pandemic was dotted with standout television, but at the top was this drama — the kind of series that brings award nominations to a halt. Its 12 episodes were perfectly pitched for the world at the start of a new decade. The way it explored its themes and the legacy of sexual abuse through drama and comedy, harsh reality, and delicate fantasy crossed gender, race, and identity made it essential viewing.

It’s hard to think of anyone who couldn’t find some relevance in this outstanding show. It’s astonishing how many issues are delicately explored in this ambiguous, challenging, and impeccably made show that’s simply one of the greatest British dramas of the last decade.

Coel was such a catch for Charlie Brooker’s anthology series that she took flight in episodes across two series. The talent involved in Nosedive was phenomenal. Rashida Jones and Michael Shur wrote, Max Richter scored, Joe Wright directed, and Bryce Dallas Howard and Alice Eve starred in the comically surreal tale of a world where every interaction is rated. Coel snuck in as a flight attendant.

A year later, Coel took the more prominent role of Shania Lowry in another particular comedic episode of the anthology. USS Callister stands as the anthology’s most awarded episode yet, and among some sketchy characters and clones, Coel stood out.

Coel took another assured comedy role in this short-lived Channel 4 sci-fi satire. As the UK marched towards a vote on leaving the European Union, The Aliens shone a light on British society and race relations in the way only sci-fi can.

Forty years after aliens crash in the Irish Sea, Michael Socha’s border guard is caught up in their uneasy integration in a fictional city, made all the more complicated when he discovers he’s half alien. Coel takes an assured role as the cunning and calculating rebel alien Lilyhot.

Kayla was one of Coel’s early roles. She starred in two episodes of the second series of the gritty London-based crime drama before Netflix picked it up. Alongside Coel, the show boasts fellow MCU actors Letitia Wright and Benedict Wong in its cast.

This Netflix and BBC co-production was Coel’s breakthrough dramatic role after several comedy-tinged lead performances. She played Kate, a young Rwandan-born British legal investigator who is drawn into the prosecution of an African militia leader along with her boss, John Godman’s Michael Ennis.

The eight-part series drew acclaim for its exploration of international war crimes. It’s a hugely relevant, modern political thriller in which Coel captivates in every scene.

Why catch a chat show when you can see a host of celebs having a whale of a time on Drag Race? It’s well worth looking up Coel’s debut appearance on Drag Race UK — as the Emmy-winning show remarked on its social media, her critiques were candid!

Though a relatively small part, her appearance in The Last Jedi hinted at more prominent Disney roles to come. Coel’s monitor may have noticed the First Order that tracked down the Resistance first, but ultimately couldn’t save the star cruiser or herself.

Coel has refused to acknowledge her role as a cameo. As she says, she had “One line, but I loved it because it’s Star Wars.”

Did we mention Coel was a musician and poet before she expanded into ITV and movies? Been So Long was Netflix’s feature adaptation of a stage musical itself adapted from a play, serving as a perfect callback to Coel’s early career on stage. She plays Simone, a single mother from Camden, London, who struggles to decide if she can afford to fall for handsome con Raymond. It was a major British acquisition for the streaming giant in 2018 and paid off with audiences and critics.

It’s worth catching Coel’s stage performances captured on film like this. She played Nurse in this legendary update of the Greek tragedy starring the late Helen McCrory as the grief-stricken title character. A new adaptation, with music by electronic duo Goldfrapp, underlined the kind of exciting and thought-provoking productions that would come to define Coel’s career.

This comedy cemented Coel’s comedy credentials, singling her out as a talent to watch. Coel adapted her 2012 play of the same name into two series of this Channel 4 sitcom. Chewing Gum won her a BAFTA Breakthrough Talent award for writing and a comedy BAFTA for her lead performance as shop assistant Tracey.

Despite the show being cut off at two series, Coel has suggested she’ll write a third series sometime in the future.