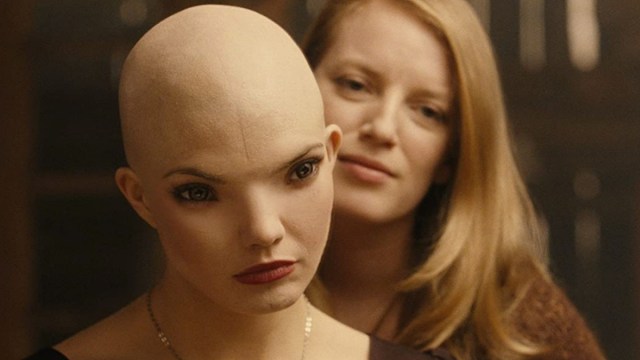 Horror maestro Guillermo del Toro has been quite the talk of the town ever since his anthology series Cabinet of Curiosities debuted on Netflix and managed to both terrify and impress viewers. In light of its resounding success, it is only natural for horror aficionados to get busy with re-binging Del Toro’s past masterpieces in the genre, including the 2009 science fiction horror flick, Splice, which more than lives up to its chilling title even though it bombed at the box office despite snagging enough love from critics. But where can you watch this more-than-a-decade-old film?

Even though Del Toro didn’t direct the film or pen its script — he was one of the executive producers — Splice remains one of the gems in the world of horror cinema backed by the legendary director.

The story at the heart of Splice — humans playing god

Like many films before, and of course after it, Splice tells the story of the grave consequences humans can face if they tamper with the natural order of the universe. The plot follows a young couple, Clive Nicoli and Elsa Kast, who are genetic engineers working for a private research facility and creating animal hybrids by joining — i.e. splicing — the DNA of different species for medical uses.

But soon the couple gets ahead of themselves and decides to create a human-animal hybrid, despite being forbidden to do so by the higher authorities at the facility. Their plan, which initially hinged on curiosity, soon gets engulfed in a maternal instinct as Elsa becomes protective of the female creature they create and name Dren.

Unfortunately, their experiment fires back in ways the couple never saw coming and brings them consequences far more horrifying than the ones they thought they could easily handle. Even Del Toro, who is considered somewhat of a default spooky-meter when it comes to gauging the merits of a horror film, commented that the film has scenes that “shocked the hell out of me.”

So, now that we have established that it is paramount to add Splice to your list of horror films that are capable of giving you nightmares, let’s find out how you can easily stream it for your next binge session.

All the options to watch Splice online

Though the film isn’t available to stream for free on any of the more popular platforms, you can watch it on Hoopla Digital service, though availing it can be a tricky affair as you need a valid library card from a local library to access the platform. If you have that sorted, you can instantly stream Splice.

For those planning to stick to the more traditional streaming services, you have the option to either rent or buy the film on Apple iTunes, Amazon Video, YouTube, Google Play Movies, Vudu, and other similar platforms.