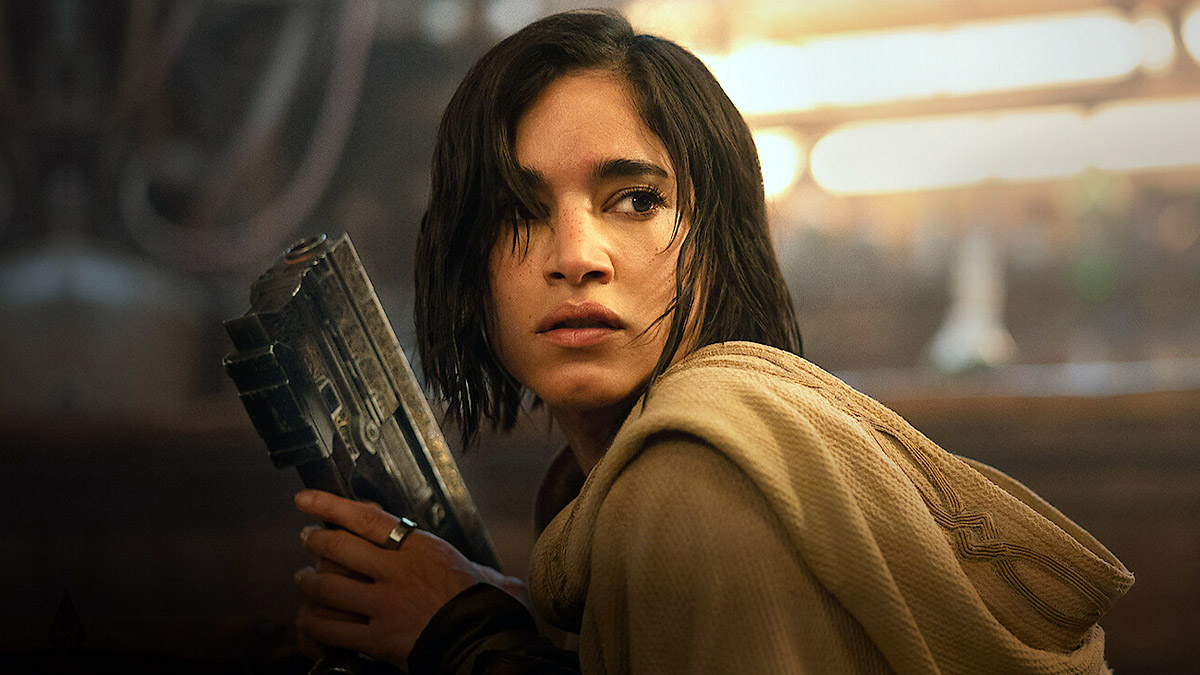 Get ready to explore an epic new universe from director Zack Snyder. In Netflix’s big preview of upcoming movies and shows in 2023 — released today — we learned when we will be able to see the writer-director-producer’s latest actioner. The streamer will have high hopes for his high-profile dive into space, which is part of his production company The Stone Quarry’s deal with Netflix.

Rebel Moon sounds every bit like an epic adventure. It will see the mysterious Kora, played by Sofia Boutella, on a mercy mission to round up the greatest warriors from neighboring planets to defend her peaceful and isolated colony from the armies of Ed Skrine’s ruthless Regent Balisarius.

With shades of Star Wars and The Magnificent Seven, anticipation is growing, not least because Snyder has loaded the movie with a jaw-dropping cast. One downside is that Rebel Moon is the streamer’s epic Christmas 2023 release, so we’ll have to wait until December 22 to see who wins.

Typically, the streamer used #NetflixSaveTheDates for a promo that combined footage from Rebel Moon with other shows while confirming the movie’s release date. Given this cast, we think we will.

Who is starring in Rebel Moon?

This space opera has a bona fide star-studded cast, but where have we seen them before? Here’s a catch-up with the actors involved and their Rebel Moon characters where we currently know them.

Boutella takes the lead following her impressive climb up the Hollywood action ladder and overcoming potential typecasting as a scarily good villain. The former rhythmic gymnast built up a remarkable career as a stage dancer before bursting into movies as a memorable assassin in Kingsman: The Secret Service. Scene-stealing turns in Star Trek Beyond and Atomic Blonde followed before she took the title role in Universal’s The Mummy opposite Tom Cruise in 2017.

Boutella’s credits have included the psychological horror Climax and dystopian action movie Hotel Artemis. Before taking the lead in Rebel Moon, you can catch her in recent TV releases SAS: Rogue Heroes and Guillermo del Toro’s Cabinet of Curiosities.

Skrein’s rise to playing the big villain of Rebel Moon has been similarly swift. You may remember the former rapper for his short stint as Daario Naharis in the third season of Game of Thrones. He wasn’t there long as he quickly jumped into movies, taking on the thankless task of opposing the Merc with the Mouth in 2016’s Deadpool as villain Ajax.

Recently, you may have seen him as the bounty-hunting cyborg Zapan in Alita: Battle Angel and Lt. Dick Best in Midway (both in 2019). He showed good judgment withdrawing from that year’s ill-fated Hellboy reboot after being cast as the Japanese-American character Ben Daimio.

Fisher’s most recently been in the public eye for his ongoing criticism of DC Films following the release of 2017’s Justice League. His breakthrough role as Cyborg in the DCEU found its own justice in the unexpected release of Zack Snyder’s director’s cut of that superhero epic in 2021.

Now Fisher’s re-teamed with the director to play the impressively named resistance fighter, Blood Axe. You may have most recently seen Fisher on HBO in True Detective season 3 in 2019 and ABC’s Women of the Movement in 2022.

After he started his career in music videos, Hounsou broke into movies with impressive turns in Amistad (1997) and Gladiator (2000). Epic franchises can’t seem to leave him alone, and Netflix will hope that’s a good omen. You may recognize Hounsou from Furious 7 and from playing Korath the Pursuer three times in the MCU.

A memorable turn as Papa Midnite in 2005’s Constantine was only the start of his DC career, as he’s taken the role of the Wizard Shazam in both Shazam (2019) and Black Adam (2022).

Anthony Hopkins as the voice of Jimmy

Hopkins is taking on the intriguing role of a sentient JC1435, mechanized battle robot in Rebel Moon — another exciting development in an incredible career. Hopkins famously took home the Best Actor Oscar for playing Dr. Hannibal Lecter in 1991’s Silence of the Lambs. When he repeated the feat for 2020’s The Father, he became the oldest Best Actor Oscar winner.

Hunnam started in roles in legendary British TV dramas like Queer as Folk before becoming a recognizable face in blockbusters. Those have included Pacific Rim (2013), The Gentlemen (2019), and the title role in King Arthur: Legend of the Sword in 2017.

Despite carrying the weight of some major movies, he may be most recognized for his role as Jax Teller in FX’s Sons of Anarchy, which aired between 2008 and 2014. That role earned him two nominations for best actor at the Critics’ Choice Television Awards.

After winning acclaim for 1996’s Anjelica Huston-directed Bastard Out of Carolina, Malone achieved fame with roles in 2001’s Donnie Darko, 2005’s Pride & Prejudice, and 2008’s The Ruins. Zack Snyder introduced her to action movies when he cast her as Rocket in 2011’s Sucker Punch.

Malone subsequently played Johanna Mason in the big-screen adaptation of The Hunger Games. She’s slated to work with Snyder again on his other Netflix franchise, voicing Zeta in Army of the Dead: Lost Vegas.

Stoll is best known to genre fans as Darren Cross or Yellowjacket, the unfortunate villain of the MCU’s Ant-Man. The character’s unlikely survival will see him transformed into M.O.D.O.K. in Ant-Man and the Wasp: Quantumania (2023). He earned a Golden Globe nomination for playing Congressman Peter Russo on Netflix’s House of Cards between 2013 and 2016.

Stoll may also be familiar as Dr. Ephraim Goodweather on the FX horror-drama The Strain and in a regular role on NBC’s Law & Order: LA. Most recently, you may have seen him playing Buzz Aldrin in 2018’s First Man and Junior Soprano in The Many Saints of Newark.

Former Robin Hood (Man in Tights), Elwes is still best remembered for the 80s classic The Princess Bride. But his diverse career has also taken in starring roles in Saw, Bram Stoker’s Dracula, Liar Liar, and The Jungle Book. He’s set to appear in Mission Impossible: Dead Reckoning Part One in Summer 2023.

However, most people will recognize him from his recent roles on the smaller screen in The Marvelous Mrs. Maisel and as Mayor Larry Kline on Stranger Things.