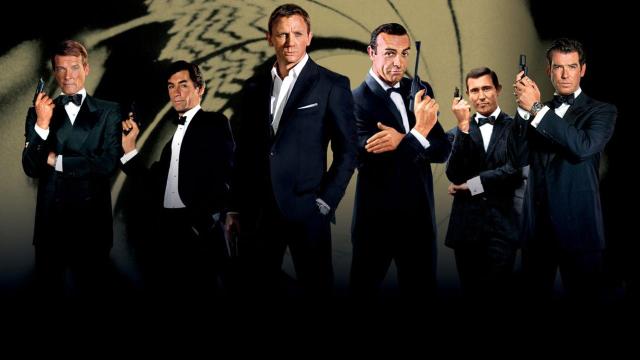 Daniel Craig’s incarnation of the secret agent reached his time to die last fall, so now 007 fans are eagerly awaiting news on who could pick up his Walther-PPK to become the next James Bond. Seeing as Craig’s era went into hiatus for a few years there, in between 2015’s Spectre and 2021’s No Time To Die, this conversation has been rolling on for the best part of a decade at this point, meaning that there are a number of contenders whose names are often connected to the job.

We’d be here all day if we listed them all, but here are 12 actors who stand a decent chance of being hired as the seventh 007. The following stars have been chosen based on a few factors, including fan support, bookies’ odds, and whether they would conceivably fit the role in general. There are no women mentioned here as EON producer Barbara Broccoli has confirmed she’s not interested in switching the hero’s gender. She has, however, revealed the next Bond could be a person of color.

Remember, Bond 26 isn’t going to hit cinemas for at least two years, so we’ve got plenty of time to speculate over who Spectre’s next nemesis will be. But we’d be shaken, not stirred, if the role goes to anyone other than the following 12.

It feels like Idris Elba has been in the running to replace Daniel Craig for as long as Craig was in the role himself. At 49 years, just five younger than Craig, Elba might just be too old to commit to a decade-plus stint as 007, but he could potentially pull off a couple of films. That said, Broccoli has admitted that Elba’s name has cropped up in official conversations.

Alongside Elba, Henry Cavill is probably the other most-discussed potential candidate to be the next Bond. That’s partly because we know that nabbing the part would be a life-long dream fulfilled for the Superman star, as he even auditioned for the gig against Craig in Casino Royale. But while his DC days might be behind him, Cavill is still hugely busy with The Witcher, Argylle, and Enola Holmes.

Likewise, Tom Hardy is another one who’s been mentioned in conjunction with Bond for the longest time. In Hardy’s case, it’s his commitments to Sony’s Venom franchise that may hamper his chances of donning 007’s tux, however. No Bond actor before now has ever been the star of another major movie series before being cast as the super-spy. But he does have former 007 Pierce Brosnan’s vote.

Another Tom H, Tom Hiddleston, is in a similar situation. Many folks think the Marvel star would make a suave and sophisticated 007, and at 41 (three years younger than Hardy) he’s around the right age to do the job. However, his worldwide fame as Loki might make it difficult for him to shake off the shadow of the God of Mischief in order to embody Bond.

Richard Madden is another Marvel star, but unlike Hiddleston and Hardy, his turn as Ikaris in Eternals could be just a one-off, which leaves him free to board Bond. EON is likely to want someone in their mid-30s to carry the series for the next circa 15 years, so the 36-year-old Madden is the perfect age. Plus, he’s Scottish, and we haven’t had a Scottish Bond since the OG, Sean Connery.

As recently seen in The Green Knight, Dev Patel might seem like a strange one to be in the running for the next Bond as he’s more known for appearing in critically acclaimed indie movies than in action blockbusters, but — although it’s hard to remember now — so was Daniel Craig when he was first cast. Patel could be a terrific choice to lead the franchise in a fresh direction.

We all know how poorly the Star Wars sequels treated John Boyega, so fans would love to see the actor land a new franchise where he could really shine. Boyega has previously pitched a reunion with Small Axe‘s Steve McQueen to make a Bond movie that “could show them something different.” At just 30, Boyega would bring a youthful energy to the character.

James Norton isn’t as recognizable as most of the names on this list, but that’s what makes him one of the more likely choices for the role. Both Roger Moore and Pierce Brosnan were TV stars when they landed the part of Bond, so Norton — most known for British series such as Happy Valley and Grantchester — could do the same. He’s got the look and acting skill to play a very classic Bond.

Sam Heughan is on a similar level of likelihood to Norton as he’s also a TV star yet to make a major impact on the movie world, which leaves him a perfect contender to make the role of Bond his own. Heughan is already internationally known from Outlander, however, so he’s got a built-in fanbase to follow him into the 007 universe. Plus, like Madden, he gets extra props for being a Scot.

As soon as Henry Golding made his big break in Crazy Rich Asians, people started talking about him as a possible next Bond. And it’s not hard to see why. If producers are looking to go in the exact opposite direction from Craig, Golding would be an excellent pick as he’d probably bring a lighter touch to the character than Craig’s hard-edged performance.

He might’ve been Christian Grey, but Jamie Dornan has successfully managed to shake off the shackles (ahem) of that character so there’s little baggage to stop him being Bond. Dornan is the full package, as we’ve seen him as the romantic lead, the action star, and everything in between in previous roles. And, if cast, he’d be the first Northern Irish Bond, which would be a neat first.

After wooing the whole world in Bridgerton, Regé-Jean Page star is definitely on the rise. But while he has a number of big projects on the way, he’s yet to secure himself a lead role in a major franchise. Enter Bond. Like Golding, Page has the potential to bring a much lighter energy to the character than Craig and, at 34, he’s exactly the right age to be considered. What’s more, with Page refusing to return to the show that made his name, it’s easy to wonder if the guy knows something we don’t…