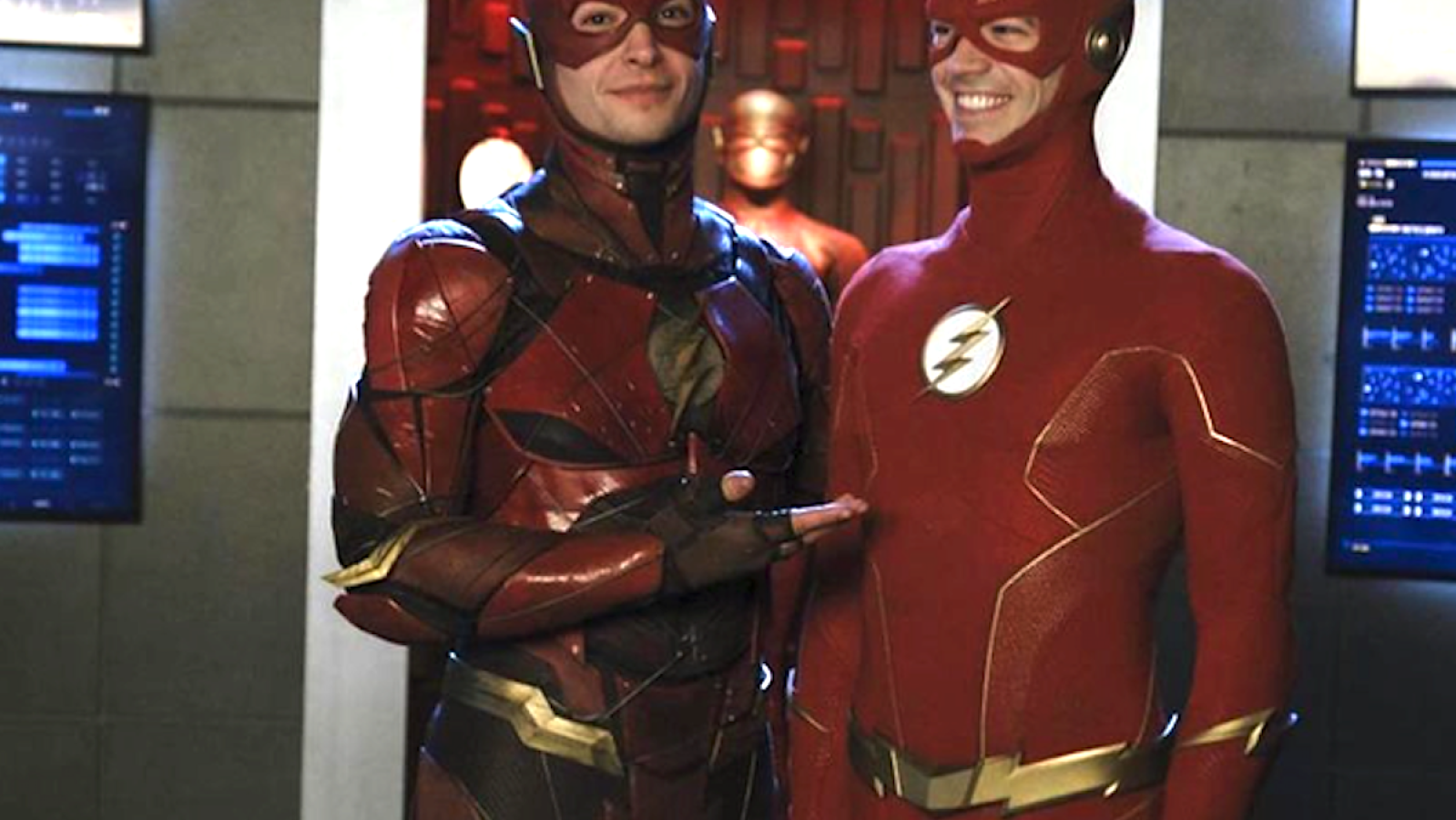 The Warner Bros. DC Comics film, The Flash is set to hit theaters in 2023, but it has a slight problem with its star Ezra Miller, who is embroiled in controversy. Even though Miller has been arrested more than once and has choked out a fan on video, Warner Bros. is seemingly not interested in recasting the role of Barry Allen in The Flash.

Fans of the character who have been upset by Miller’s propensity for violent behavior want the character to be recast, and while it might be too late to cut the actor from the film altogether, the nature of The Flash storylines could make it plausible for another actor to take their place. Here are ten actors who fit the bill, and could possibly take Ezra Miller’s place in The Flash.

While the Stranger Things star is younger than Ezra Miller by about ten years, his roles in both Stranger Things, as Mike Wheeler, and It, as Richie Tozier, prove that the actor has what it takes for the quick and quirky superhero. Finn Wolfhard’s age might be a problem, especially if they were going to recast the character. But, as he looks a bit like Ezra Miller, it might be an apt choice to have the Speed Force take its toll on Ezra Miller de-aging the character and letting Wolfhard take their place.

Will Poulter would have to cross the aisle for this role, having been cast as Adam Warlock in Marvel’s Guardians of the Galaxy Vol. 3, which is due for a 2023 release. Poulter is one of two actors on this list who actually look like the comic book version of Barry Allen. He is quite versatile having acted in the drama miniseries Dopesick, released in 2021 adressing the opioid crisis in America. Plus he is no stranger to comedy, playing Kenny in the 2013 comedy We’re the Millers, and would therefore be a great choice for the wisecracking superhero.

Older than the role would more than likely call for, Andy Samberg would still be a great choice to fill the shoes of superhero, The Flash. Any fans of Brooklyn Nine-Nine know that Andy Samberg, who of course played Detective Jake Peralta, is capable of delivering jokes at lightning speed. Even if the actor wouldn’t ultimately take the place of Ezra Miller, he could play another version of The Flash, or a version of The Flash from the future.

Teen Wolf actor Dylan O’Brien has previously been connected to the role of Barry Allen in The Flash, with Warner Bros. reportedly considering him as a replacement for Ezra Miller already. The actor should have no trouble playing a speedster, having played the lead character, Thomas, in three films in The Maze Runner franchise, surely he is used to running on camera. O’Brien played Stiles Stilinski in Teen Wolf who was the comic relief in the series, his sarcastic nature always providing moments of levity. Even though he is known mostly for dramatic roles, the actor could no doubt pull off the role of Barry Allen.

Fans of The Flash comic books would recognize that Glen Powell is the spitting image of Barry Allen from the comics. He is probably best known for his most recent role in Top Gun: Maverick where he played Lieutenant Jake “Hangman” Seresin, the cocky pilot. Though he was a side character in the film, Top Gun: Maverick endeared audiences to Powell and there are not many doubts that the actor could take the reigns of the lead if given the opportunity. While his character is slightly cockier than Barry Allen tends to be, you can easily picture the actor speeding past as The Flash. If not, he could always play a decent Reverse-Flash, The Flash’s main villain.

CW’s The Flash has been renewed for a ninth season with Grant Gustin reprising his role as the titular hero. In the crossover ’Crisis on Infinite Earths’ Ezra Miller did have a brief cameo so Grant Gustin replacing Miller as Barry Allen in the film, The Flash, would therefore not be so farfetched. Grant Gustin replacing Miller would be an excellent choice, and that lies in the fact that we have had a near-perfect version of Barry Allen on television since 2014. Putting Gustin in the role would also guarantee that any fans of the series would actually see the film, as some fans might not see the movie due to Miller’s history.

Another member of the Top Gun: Maverick cast, Miles Teller might be a good choice to portray Barry Allen in The Flash. While he might not seem like a good choice based on his Top Gun: Maverick role alone, consider his role in Josh Trank’s Fantastic Four, where he played Reed Richards. While he may have not been a great choice for Mister Fantastic and the film was received poorly for good reason, Miles Teller didn’t actually give a terrible performance, and you could see him playing a crime scene investigator. He is also not much older than Miller and looks a bit like him too, so some Speed Force shenanigans might make the recast believable.

The Stranger Things star might be perfect to replace Ezra Miller in The Flash. Joe Keery plays teenager Steve Harrington in the aforementioned Netflix series, even though he is currently thirty years old. Also known for the films, Spree and Free Guy, he is not a stranger to drama or comedy, and the bumbling awkwardness he has while trying to be cool in Stranger Things would actually fit quite well with everybody’s favorite speedster.

Timothée Chalamet, perhaps best known for the films Dune and Call Me by Your Name, would be a great choice to replace Ezra Miller in The Flash. Chalamet is a talented, much-adored actor who has yet to join either of the Marvel or DC universes. Not to mention that he does look like Ezra Miller and is around the same age as well. While most of his performances do not usually see Chalamet as the awkward but outgoing Barry Allen from the comic books, he could easily play The Flash in a similar fashion as Miller performed him in Justice League.

While all these replacements might be a great idea, it might be worth keeping Ezra Miller in the role. After all, there are plenty of different characters to call themselves The Flash over the years, including Wally West and Jay Garrick. Or if The Flash does well financially and critically, with Miller’s performance being a standout and the actor manages not to get into any more trouble, maybe they could keep Miller in the role for this film and any films with the character in the future. However, with Miller’s track record, that seems unlikely.

These are some great options for Barry Allen in The Flash, whether Warner Bros. decides to recast Ezra Miller or not. Let’s hope that they make a definitive decision before it’s too late and that Ezra Miller does not go on another spree in Hawaii.