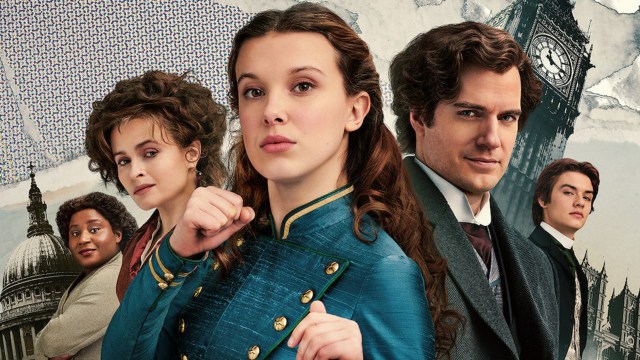 You didn’t need to be a member of the ingenious Holmes clan to deduce that Enola Holmes 2, the follow-up to fall 2020’s streaming blockbuster, would be a smash-hit once it arrived. And, sure enough, the YA-flavored period adventure film is proving to be yet another slam-dunk for Netflix that has Stranger Things icon Millie Bobby Brown’s and ex-Witcher Henry Cavill’s names attached to it.

What Sherlockians will now be wondering, then, is whether Netflix is going to continue the saga of the famed detective’s equally gifted younger sister with a third installment. Given that the sequel has only been out for a few days at the time of writing, the company has yet to make an official announcement on the subject, but thankfully the second movie raises hopes that Enola’s not done solving cases yet.

Enola Holmes 2 ticks off a couple of major Holmes universe — Holmesverse? Sherlock Cinematic Universe? — introductions. But while the storyline of Sharon Duncan-Brewster’s Moriarty is somewhat wrapped up, it feels like Himesh Patel’s John Watson is just getting started, with the Yesterday star debuting as Holmes’ new flatmate in the post-credits scene. So that’s a major hint that more films are planned right there.

Sure enough, director Harry Bradbeer has confirmed that there has been “lots of talk” concerning Enola Holmes 3 moving forward, and he is extremely optimistic about the odds. “There is lots of talk and thoughts, and there’s a lot of things we can do,” he told Slash Film. “So we kind of got an embarrassment of riches. We’re thinking about it.”

But what about its much-in-demand leading lady? Is she interested in continuing her role? She sure is, as Brown gushed to Screen Rant about how much she would love to play Enola again:

“Yes, absolutely. I would love to be a part of another one. I would love to see her do more cases, be put under pressure, be put in crazy situations, and make her feel vulnerable again. I absolutely love seeing her back at work.”

Unfortunately, Brown’s on-screen big brother isn’t so certain he can commit to a third film at this juncture, with renewed Superman Cavill admitting he’s so busy these days it would have to depend on scheduling. He explained to Slash Film:

“Interested? Yes, only time will tell. I mean, I’m getting quite busy these days. So it’s just a matter of making sure that everything lines up and that I can give my full attention and dedication to every character.”

Obviously, fans would be miffed if Cavill’s Sherlock wasn’t in Enola 3, but the franchise is certainly able to continue without him as Enola is now mature enough to crack cases on her own. Watson’s arrival could even serve as a capper to Sherlock’s arc, as we could infer that his legendary adventures with his doctor pal happen off-screen.

What’s more, Enola Holmes 3, should it indeed happen, might not even be the end of the road either. Back in 2020, Bradbeer admitted that he has a five-film plan for the franchise, which is inspired by the novels by author Nancy Springer. So, if the stars align, we could be enjoying more from the Holmes clan for many years to come.