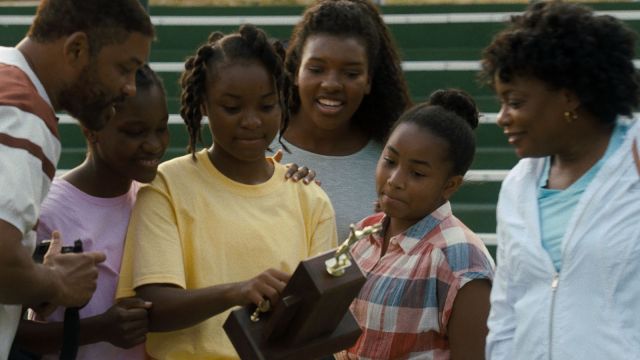 One of the greatest honors in the film landscape comes every March during the Academy Awards, but not even the grace of a gold statuette can reconcile some actors.

Will Smith made headlines when he slapped Chris Rock at the 2022 ceremony, only minutes later winning the Best Actor award for his role in King Richard. Beating out favorites Benedict Cumberbatch and Denzel Washington, Smith’s moment in the sun has been shrouded in the dirt.

Streaming audiences seem to care little though, as King Richard has served as an ace on streaming, topping the HBO Max charts at number one out of almost nowhere. Six months on, people are now eager to relive the movie which set in motion the greatest controversy in modern Oscars history.

Starring not just Smith, but also Aunjanue Ellis, Jon Bernthal, plus newcomers Saniyya Sidney and Demi Singleton, it’s a biopic tackling how the most iconic tennis stars of their era Venus and Serena Williams came to be, and the man who raised them to hit the heights.

Sitting at a strong 90 percent approval rating on Rotten Tomatoes, it’ll be curious how the years treat this film in the wake of the slap, as well as what the lasting legacy for Smith will be. Is he to be remembered as the man who delivered a strong performance and won an Oscar, or for his violent outburst after a poor taste joke?

The future for Smith will be interesting, but streaming audiences aren’t ready to say goodbye to his presence on screen just yet. King Richard is available to stream on HBO Max.