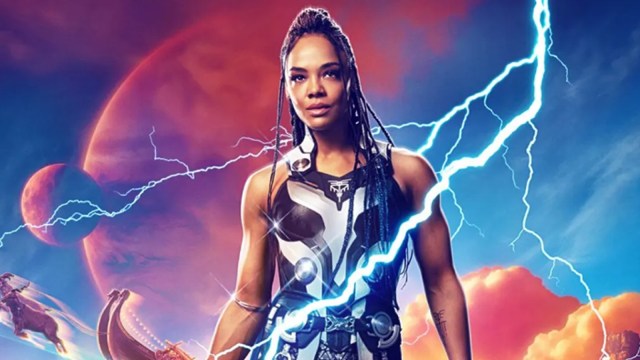 The newest entry in the Thor franchise and the wider Marvel Cinematic Universe, Thor: Love and Thunder, is finally in theaters. The film is directed by Taika Waititi, who also co-wrote the film with Jennifer Kaytin Robinson. The film sees Chris Hemsworth return as Thor and Natalie Portman as Jane Foster go up against Christian Bale’s villain, Gorr the God Butcher.

Thor traveled throughout the galaxy in Thor: Love and Thunder and the film introduced some more Asgardian mythology. Throughout the film, there are numerous references to Valhalla, the Asgardian version of the afterlife for those who have been killed in battle. The end credits scene of the film grants us a look at the heavenly Valhalla.

As Valhalla was undoubtedly important in Thor: Love and Thunder, let’s take a look at how we could possibly return there in a future film.

Will we see Valhalla in a future Thor film?

The end credits scene of Thor: Love and Thunder shows Jane Foster being greeted by Heimdall (Idris Elba) after she succumbed to her cancer. We could see either of these characters again in Valhalla in a future Thor film, as in both Norse mythology and Marvel Comics Valkyrie are the ones responsible for journeying the dead to the halls of Valhalla. The only Valkyrie in the MCU as far as we know is the one played by Tessa Thompson, so she might go to Valhalla in the future. Loki also died fighting Thanos in Avengers: Infinity War so we could see him pop up in Valhalla in a future MCU project, maybe even interacting with his Disney Plus series variant.

Thor: Love and Thunder borrows heavily from the Jason Aaron run of Thor in the Marvel comic books, as Gorr was one of its villains, and Jane Foster becoming The Mighty Thor was a major arc in that run as well. Near the end of that run in The War of the Realms event, after Jane dies and is reborn, she becomes a Valkyrie herself.

It does not seem coincidental that Jane Foster, who becomes and is currently Valkyrie in the comic books, is the one who is in Valhalla by the end of the film. They could bring her back as Valkyrie in the next Thor film, transporting her from Valhalla, or she could even be transported by Heimdall. But her transformation into a Valkyrie could also be a part of a larger-scale event, like a future Avengers film where Thor might see himself in danger, and the new Valkyrie coming back for an 11th-hour save.

It would be weird if Marvel were to introduce Valhalla and then proceed to never refer to it again, so it seems like a safe bet that Valhalla will pop up again somewhere down the line. Whether or not they will include a resurrection for either Jane or Heimdall is anybody’s guess.