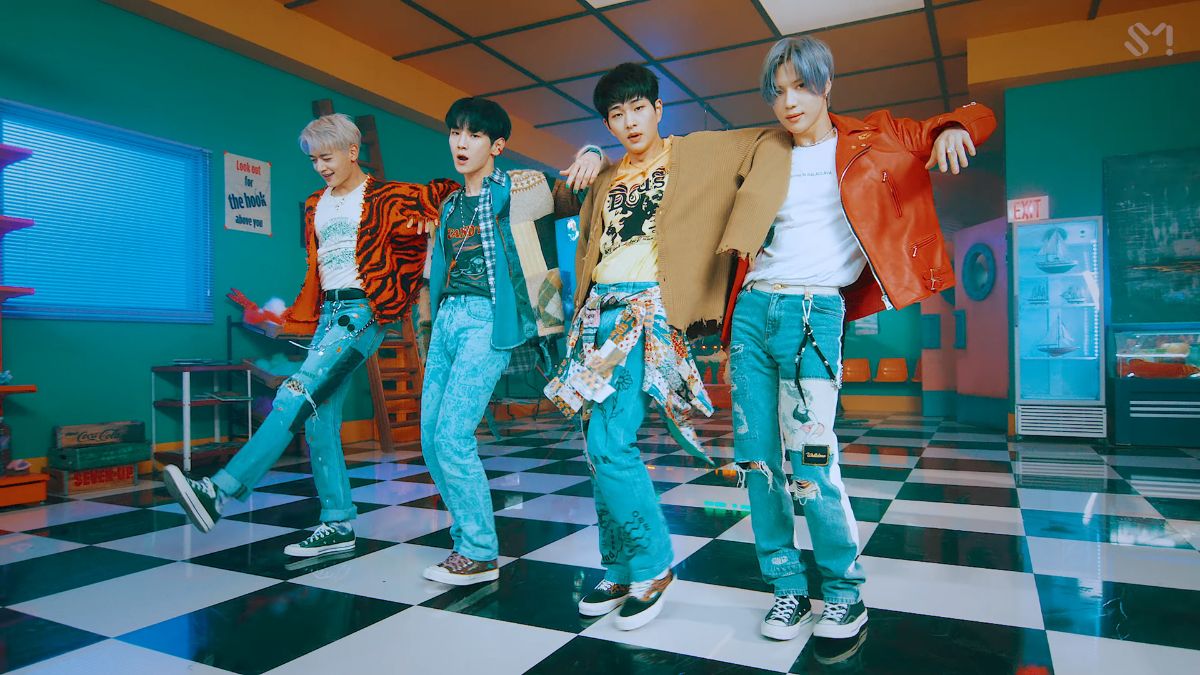 While many may know the world of K-pop for its inclusion of the world’s most famous South Korean acts, captivating funky music production, and colorful concepts, others may actually know the industry for its immense downsides. The K-pop business is known for being relentlessly demanding of its singers and dancers, evidenced by the thousands of idols that give up their dreams while still attempting to reach for the stars.

SHINee is one of the many groups that persevered and found its place in the South Korean pop stratosphere, quickly becoming an overwhelming force within this genre. Active since 2008, SHINee debuted with five members: Jonghyun, Taemin, Minho, Key, and Onew. The group kickstarted its career during what is considered the K-pop second generational era, and this five-member act suffered an overwhelming loss that shook the world of K-pop as we know it. Regardless, SHINee remained strong, and in spite of currently being on hiatus, they are still one of the most loved and cherished bands in the industry. On that note, here is all the information you need to become acquainted with this SM Entertainment group.

Lee Jin Ki, known mononymously by his stage name Onew, is the leader and current main vocalist of SHINee. The singer was born in Gwangmyeong, Gyeonggi-do, South Korea on Dec.14, 1989. Prior to joining the group, the 33-year-old trained for two years before debuting with SHINee. Other than being a world-renowned singer, Onew has also pursued a career in acting, venturing into the world of K-Dramas while appearing in minor roles in series like Dr. Champ, Pure Love, Royal Villa, and Descendants of the Sun.

As for his life outside of SHINee, Onew completed his superior education at Chungwoon University where he majored in Music Broadcasting. The singer and actor, also enlisted in 2018, completed his mandatory military service in 2020. Right before his conscription, Onew also went on to release his first solo mini album Voice.

The lead rapper and lead dancer of SHINee is none other than Kim Ki Bum, or Key. The rapper was born in Daegu, on Sept. 23, 1991. The 31-year-old dancer trained at the S.M. trainee center since 2005, after pursuing his dream to become a musician since he was a child. Similarly to his leader, Key has also ventured into the world of acting while still a part of SHINee. Key’s acting debut came through the drama Drinking Solo, in 2016, and again in 2017 with Lookout.

Other than his music and acting endeavors, Key has three other passions in the creative industries: Fashion, cooking, and writing. The rapper has proven time and time again, that among all members, Minho is by far the best cook, as well as the best-dressed member. As for writing, Key and Minho wrote all the rapping in their album Story of Light. Key also completed his military service in 2019, being discharged in 2020.

Born in Incheon, South Korea, Minho is the main rapper and sub-vocalist of SHINee. He was born on Dec. 9, 1991, and he is the tallest member in the group at 5’11”. The 31-year-old was scouted at S.M. Casting System, and despite being a full-time musician, the singer completed his bachelor’s degree in film and acting at Konkuk University. Out of all the members, Minho is the one who has a lengthier repertoire in the acting industry, appearing in several films and dramas over the course of his career.

Much like his rapper counterpart, Minho has also developed a knack for writing while working on SHINee’s album Story of Light. The actor has also worked up a special interest in soccer, derived from his dad’s profession as a sports coach. In 2019, Minho enlisted in the Marine Corps training center, where he completed his conscription.

Other than SHINee, Taemin is also a member of Super M, a group formed by SM Entertainment and Capitol Music Group. Super M is a supergroup made up of seven members from groups like EXO, SHINee, NCT 127, and WayV. Currently, Taemin is still completing his military service, expected to finish it in the first half of 2023.

The former main vocalist of SHINee was Kim Jong Hyun, widely known as Jonghyun. The singer was born on April 8, 1990, in Seoul South Korea, and he passed away on Dec. 18, 2017. Jonghyun was scouted for SHINee in 2005 via their S.M. Casting System, and he spent three years training until the group’s debut in 2008. He studied at Chungwoon University, transferring to Myongji University to get his master’s degree in Movies and Musicals. Like Taemin, he also debuted as a soloist in 2015 through his first mini-album Base.

The singer was part of an SM Entertainment unit called The Ballad, alongside other SM artists from TVXQ, Super Junior, SNSD, EXO, and f(x). Jonghyun is one of the most credited artists in K-pop, and he even ventured into the literary world when he wrote a book called Diphylleia grayi.

On Dec. 18, 2017, the news broke out that SHINee member Jonghyun had passed away from carbon monoxide poisoning. It was later ruled as a death by suicide. For years on end, the singer had struggled with depression after being in the public eye for so long, with the constant fear of not being good enough. The singer left the last note to a friend, where he expanded on his struggles with mental illness and the demanding K-pop industry. Three days later, a public funeral was held in memory of Jonghyun, where several celebrities from various entertainment branches appeared to say one last goodbye to the singer. The members of SHINee served as pallbearers.

SHINee will be celebrating its 14th anniversary with a new release in 2023. Their last comeback took place in 2021, with the studio album Don’t Call Me and the extended play Superstar. The 2023 return to the music world will mark their fourth album since Jonghyun’s passing.