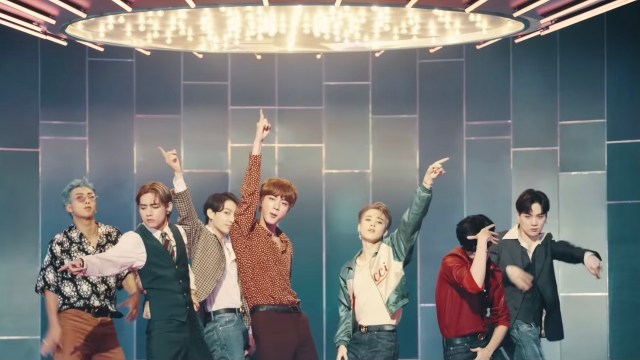 As the most successful musical act in the modern world, BTS is constantly looking to reinvent themselves, producing new music almost non-stop in a variety of genres. Sure, the group’s most well-known songs may be catchy pop tunes – and there’s nothing wrong with that – but that’s not all the band is capable of. With the competitiveness the music industry is known for, you don’t get as far as BTS did by relying only on hit singles and a dedicated fanbase; one must back that up with a solid collection of music crafted to near perfection.

Inevitably, while some songs quickly rise to popularity among the general public, others remain underrated, appreciated only by those with the curiosity to dive deeper into the band’s musical repertoire. In an effort to give those songs a chance to shine, we’ve compiled 10 of BTS’ best b-side tracks and ranked them.

For those not familiar with the term, in the K-pop industry, any song can be considered a b-side track, except for the one primarily used to promote the album it is part of. This leaves us with a plethora of BTS songs to sort through, so to make matters easier, we took our picks from the band’s lesser-known songs, meaning that any track with a music video was automatically excluded. As a result, we can bring you a wider variety of music to appreciate.

As we’ve come to know, BTS rarely shies away from sensitive subjects, and “Pied Piper” is one of many examples. The entrancing track conveys a gentle call-out to fans and the sometimes obsessive nature of fan culture that drives people to neglect their own lives. While reminding ARMY there’s a world outside of BTS, the members simultaneously take the blame for alluring fans into this situation, comparing themselves to the legendary Pied Piper, a figure that leads others astray with the sound of his flute. BTS, however, doesn’t need a magic flute – the melody and vocals in this song are enough to hook anyone in.

If you have some money to spare and a “nothing matters” attitude, “Go Go” is the song for you. While on the surface the track might come across as a superficial brag, nothing is ever that simple when it comes to BTS. With its catchy tune, “Go Go” brings up the feeling of wanting to spend like there’s no tomorrow; because for a lot of people, there isn’t. Unfortunately, due to economic crises, more and more young people are driven to a hedonistic mentality, preferring to live life in the moment instead of holding out for a future they don’t see coming.

Titled after the Greek god of wine and festivities, “Dionysus” is, at its core, a song crafted for the purpose of being performed on stage. This pop track with rock influences puts the listener in a state of hype, and the feeling only increases as the song goes on, getting more and more intense until it culminates in an addictive beat drop. Don’t be fooled by its party sound though; as previously established, BTS can never leave well-enough alone, so of course, there’s more to this song than meets the eye. Through clever wordplay, in “Dionysus” the band likens alcohol to art, conveying how intoxicating their craft is to them. Like any addictive substance, music can bring BTS just as much pain as it does pleasure, but ultimately, the negative consequences pale in comparison to the ecstasy of creation.

Despite being best known as an EDM artist, Steve Aoki steps out of his comfort zone with “The Truth Untold”, aiding with the creation of one of BTS’ most melancholic b-side tracks. Anyone who appreciates a good ballad will certainly love this collaboration, filled with the sorrowful thoughts of someone who hides their insecurities behind a mask for fear of losing the love in their life. One of the key elements of the song is the delicate piano that can be heard throughout most of it, setting a slow-paced melody that enraptures the listener from the get-go. Complemented by the almost-breathless voices of the singers, “The Truth Untold” conveys a somewhat tranquil atmosphere, making it possible to find peace amongst despair.

An ode to BTS as a group and its individual members, “Run BTS” is the most recent track on this list, released with the band’s latest album, Proof. Much like the album, this song is a reflection on BTS’ almost decade-long career, their teamwork, and the arduous climb to success. With hard-earned confidence, the seven members mention hardships faced early on in their career, and proclaim the secret behind their current glory: nothing more than hard work, good music, and the strong bonds cultivated between the members. To accompany the singing and rapping, “Run BTS” displays a gritty guitar-driven sound with an energetic beat, making it one of the best b-side tracks of the group.

Performed by BTS’ rap line, “UGH!” is the band’s most aggressive-sounding track to date. As most can recognize, “UGH!” is the sound one makes when disgusted or frustrated at something, and with this song, BTS criticize and share their own frustration at the haters of the world – all those who hide behind anonymity to spew venom over pointless things. In true BTS fashion, the band manages to turn this anger fest into a powerful tune that renders listeners incapable of staying still. In the same aggressive tone we get used to throughout the song, “UGH!” concludes with a purely instrumental beat and the sound of guns being fired. It’s case to say BTS knows how to finish with a bang.

In this b-sides showdown, “Outro: Tear” takes its rightful spot in fourth place. The hip-hop track is one of BTS’ most emotionally raw songs, rising from the ashes of the group’s darkest time period. SUGA in particular played a big role in composing this song, drawing inspiration from the members’ contemplated disbandment in 2018. If the powerful beat wasn’t enough to convey the song’s meaning, its dark lyrics and performance highlight the heartbreak of saying goodbye to something or someone we love, portraying mixed feelings of sorrow, despair, and anger at the situation.

Co-written by Troye Sivan, “Louder Than Bombs” quickly became a fan favorite upon its release. In it, the BTS members tackle the fears they face as artists and express the feeling of losing their way in the darkness, despite it being their chosen path. Characterized by its dark and sinister sound, “Louder Than Bombs” seemingly represents the dire mental space the performers found themselves in, in which their pain rings louder than everything around. By the end of the track, though, a glimpse of hope is found, as the artists accept the situation as it is, and devote themselves to keep singing, no matter what comes next.

As BTS’ most politically charged song to date, “Silver Spoon” exposes the injustices young generations face due to economic instability, and openly criticizes the mentality of those in power. Although young people from different parts of the world can relate to this track, BTS crafted it to reflect South Korean society and culture, centering the song around the old Korean saying: “If a crow-tit walks like a stork it will tear its legs.” In this metaphor, the youngsters are the crow-tits, a short-legged type of bird, incapable of climbing up the social ladder at the speed of older generations (the storks), due to differences in past and current economic climates. Because older people refuse to acknowledge how much easier they had it, they blame the youngsters’ struggles on a lack of effort, urging them to work harder for less compensation. With this track, BTS rebels against the status quo, something we’ve seen the group doing often during their career; this is just one more instance.

One of the band’s most underrated songs, “Outro: House of Cards” paints the picture of a fragile relationship, that, similarly to a house of cards, is constantly on the verge of collapsing at the slightest wind. While the song could be overall described as contemporary R&B, what makes it so interesting to listen to is the mix of jazz-like chords, classical string instruments, and beautiful piano, making for a very unique and mysterious melody. This provides a solid base for BTS’ vocal line to shine, as the members’ distinct voices highlight the dramatic flare of the track and the situation itself. Ultimately, “Outro: House of Cards” is a song listeners just can’t help putting on repeat.

Among all these incredible b-side tracks, surely you’ve found some new songs to add to your playlist, but why stop here? BTS has plenty more tunes for you to discover, but sadly, we couldn’t include them all, so tough choices had to be made.

If you’d like to dive deeper into the band, another great way to do so would be to watch one of their live performances. Luckily for you, BTS will be live-streaming a concert on Oct. 15, which you’ll be able to watch for free from the comfort of your own home. Interested? In that case, you can learn more about it right here.