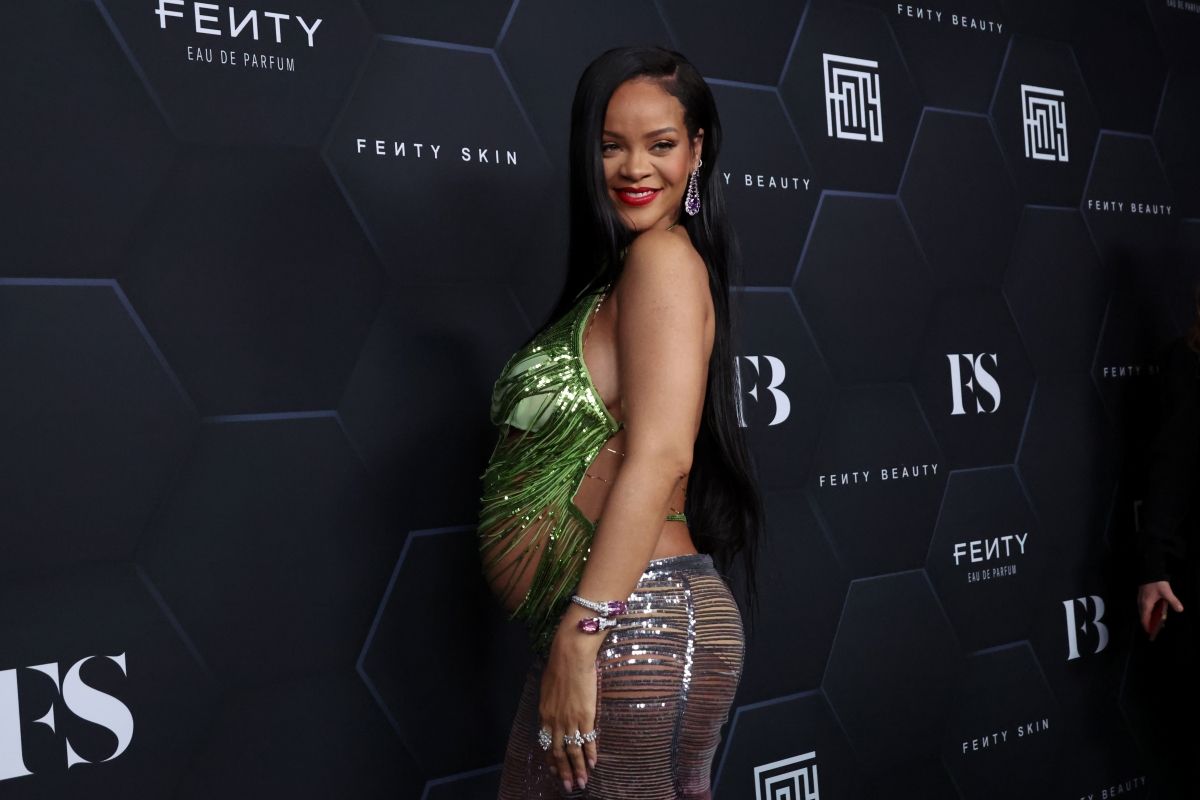 Ever since Rihanna announced her pregnancy with photos of her bump, she’s been turning heads with look after look. The billionaire mogul attended her first red carpet on Friday night, with boyfriend A$AP Rocky, to celebrate Fenty Beauty and Fenty Skin.

While the uncertainty of Rihanna returning to music has become a running gag with fans online, she was still asked in an exclusive interview with Entertainment Tonight if we could continue to expect new music from her. She mentioned that she was focused on “one thing at a time”, but her next response might give hope to The Navy (the self-given name for her stans) who are hungry for new music:

Yes, you’re still going to get music from me… My fans would kill me if they waited this long for a lullaby.

Rihanna may have made a name for herself as a singer, but it’s been years since she released any music of her own. Her last album, Anti, was released in 2016 and the artist has only featured on a couple of songs since then, from the Grammy-winning “LOYALTY” with Kendrick Lamar, to N.E.R.D’s comeback single, “Lemon”.

The Bajan singer has spent the better part of the years since her last album building a business empire and has amassed a fortune with the cosmetics company Fenty Beauty, the lingerie brand Savage X Fenty and the skincare brand Fenty Skin.

No one knows whether we will actually get some new music from Rihanna, after all, she has made this promise before. However, the singer has definitely put in the work and is entitled to a well-deserved break. Between 2005 and 2016, she put out eight albums, all achieving commercial success, and is one of the best-selling musicians of all time.