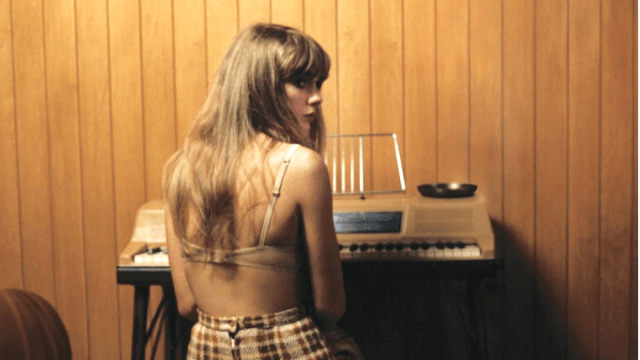 Taylor Swift recently released her 10th studio album Midnights which immediately shot up to the top of the Billboard 200 chart. The release was the biggest album debut in seven years but after a record-breaking two weeks of claiming the number-one spot, Midnights has lost its place as the current number-one album in the U.S.

Drake and 21 Savage’s collaboration album Her Loss has debuted at the number one spot on the Billboard 200, replacing Midnights. Her Loss is Drake’s 12th number-one album and 21 Savage’s third album to place at the top spot on the chart. The album has the largest first-week numbers for any R&B/hip-hop album released this year with 404,000 album units and the most units for an R&B/hip-hop artist since Drake’s 2021 album Certified Lover Boy.

According to Billboard, streaming is the biggest contributor to Her Loss‘ number one spot as the album’s 16 tracks logged 513.56 million streams. Her Loss now has the fourth biggest streaming week of all time, behind Harry Styles’ Harry’s House which logged 521,000 weekly streams, and Swift’s Midnights which had a jaw-dropping 1.578 million streams in its first week.

Midnights is displaced to number 2 on the chart after debuting with 1.58 million units, landing on the chart with the largest weekly units for an album since Adele’s powerhouse album 25 was released in late 2015. The album’s tracks saw equally stunning success on the Billboard Hot 100 with ten of the new songs taking up the entire top ten spots of the chart. With this achievement, Swift became the first artist to simultaneously occupy both the top spot on the Billboard 200 and Hot 100 charts. The singer was also the first artist to achieve this feat when both her 2020 album folklore and album single “Cardigan” debuted at number one on their respective charts.

With the success of Her Loss, Drake is the third artist with the most chart-topping albums and now comes only behind Jay-Z and The Beatles. Before achieving this, Drake was tied with Swift, Bruce Springsteen, and Barbara Streisand. Swift is currently right behind Drake, with 11 number ones, and may overtake the Certified Lover Boy soon as she continues to release re-recorded versions of her previous albums.

Drake and 21 Savage’s joint album is not without controversy; Her Loss has been criticized for misogynistic lyrics, notably in the song “Circo Loco” where Drake seemingly accuses Megan Thee Stallion of lying about her alleged assault by Tory Lanez. In addition to the misogyny, Drake and 21 Savage are involved in a lawsuit from Condé Nast after the two rappers created fake Vogue covers to promote their album. The album’s success seems to prove the old adage “no press is bad press” as Her Loss continues to do well despite controversy.