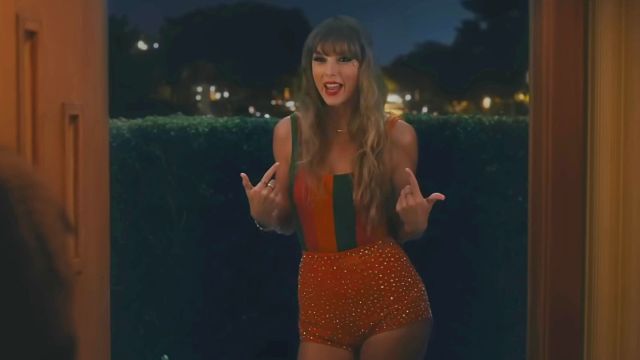 Talk about poor timing. After the chaos that was The Eras Tour pre-sale, and Ticketmaster canceling the general sale, Swifties hoped Taylor Swift would make some sort of response acknowledging it. But instead of comforting fans or calling out Ticketmaster, the pop singer decided that now was the perfect time to release yet another remix of “Anti-Hero.”

Taylor Nation, Swift’s official fansite, announced that ILLENIUM’s remix of “Anti-Hero” is now available for a limited time on Taylor Swift’s website. However, this announcement was not met with the praise or excitement it might usually be.

Instead, it was met with spite, anger, and irritation — this isn’t the news they wanted to hear.

Swifties told Taylor Nation to “read the room” because plenty of fans weren’t able to get tickets to the Eras Tour and the second-hand market got out of hand.

Billboard reported that over 14 million people were waiting in line to get Eras Tour tickets when only 1.5 million verified fans received codes. Live Nation chairman, Greg Maffei, released an apology and said that they’re “working hard” to fix this and that the Eras Tour pre-sale “exceeded every expectation.”

“I apologize to all our fans. We are working hard on this. Building capacity for peak demand is something we attempt to do, but this exceeded every expectation.”

Neither Swift nor Taylor Nation has acknowledged those who struggled with the pre-sale and only acknowledged those lucky few ticketholders, as well as the remix. Meanwhile, a few politicians, such as Congresswoman Alexandria Ocasio-Cortez and Tennessee’s Attorney General Jonathan Skrmetti, have said that Ticketmaster should be investigated.

Over 30,000 signatures signed the petition to have the Department of Justice investigate Ticketmaster and have them break its merger with Live Nation.