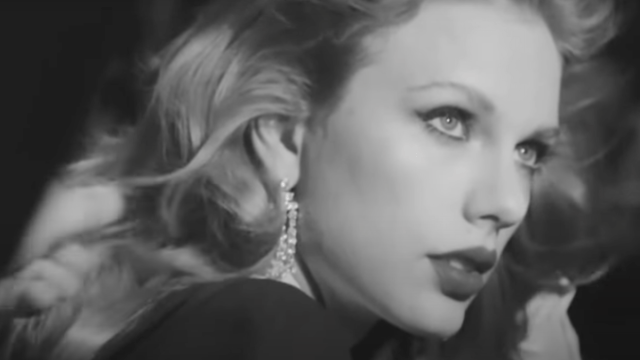 Taylor Swift released her latest album Midnights and Swifties are ecstatic to have new music to listen to. The singer-songwriter just dropped her tenth full-length album on Friday amid rumors of possible collaborations and as usual, Swift had more tricks up her sleeve.

Midnights is Swift’s first album with completely new material since 2021’s Evermore. The singer has been busy re-recording her older albums, and has released a “Taylor’s Version” of Fearless and Red as of this writing. Fans were expecting Swift to release a new version of her popular 2014 album 1989 but the singer surprised her fans by announcing Midnights instead. Swifties were looking forward to a teased Lana Del Rey collaboration on the album as well as more songs with frequent collaborator Jack Antonoff. However — as we know — it’s not a Taylor Swift release without some surprises in store.

A few days before the album’s release, Swift started teasing a “chaotic surprise” on her social media. The singer shared her packed promotion schedule and fans zeroed in on the “super special chaotic surprise” penciled in her busy work diary. The surprise was scheduled for 3 am ET and immediately caused mass speculation as to what Swift would reveal.

What is the “chaotic surprise?” When the scheduled time arrived, Swift shared that she would be releasing a “3am edition” of her new album.

What’s different about ‘Midnights (3am edition)?’

Promptly at 3 am ET, Swift revealed what she calls her “3am tracks:” The singer added 7 additional songs, rounding out Midnights to a full 20 songs.

“Surprise!” Swift shared on social media. “I think of Midnights as a complete concept album, with those 13 songs forming a full picture of the intensities of that mystifying, mad hour. However! There were other songs we wrote on our journey to find that magic 13.”

She went on to express how much she enjoys sharing how her songs are formed behind the scenes; the singer released new information about her creative process during the making of Midnights in a series of videos titled Midnights Mayhem with Me. While Swift considers the standard album a complete story by itself, the additional 7 songs are sure to delight her fans as well.

There’s still more to look forward to: The lyric video for “Anti-Hero” will come out at 8 pm ET (in addition to the music video which came out at 8 am ET) and Swift will drop another music video next Tuesday at 12 am ET following a Monday night Jimmy Fallon appearance.

Midnights (3am Edition) is available on streaming services everywhere.