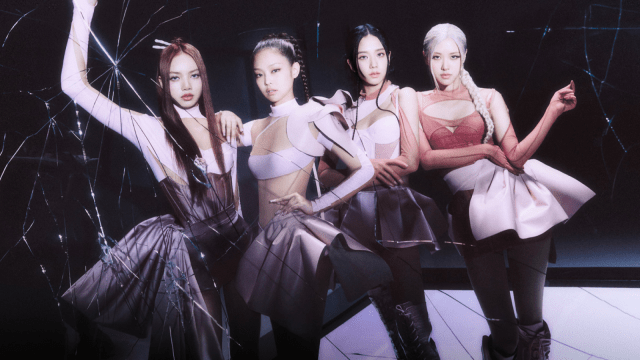 BLACKPINK is finally back in your area. A little less than two years since the release of their first full-length studio album THE ALBUM, K-pop superstars Jennie, Jisoo, Lisa, and Rosé are bringing new music to BLINKS all over the world very soon.

The quartet’s new album, named BORN PINK (and stylized in all-caps as usual), is coming out on Sept. 16. Within a week of pre-orders, sales had already surpassed 1.5 million copies, according to their label YG Entertainment — outselling THE ALBUM and already making BLACKPINK the first K-pop girl group to have two albums sell over a million copies each. All of that happened before any new music was released, though still backed by massive promotion that even included the group’s return to PUBG Mobile for a virtual concert in July.

But fans will not need to wait until BORN PINK comes out to get a taste of the new music: in typical BLACKPINK fashion, BLACKPINK is kicking things off with a pre-release single named “PINK VENOM,” to premiere with its own MV on Aug. 19. That is less than a month before the album and title track are released. Both the group and YG Entertainment have been teasing this pre-release on social media and YouTube with concept photos, video teasers, and concept trailers. The overall looks and vibe seem like a sure hit for those who liked the quartet’s earlier work, from debut single “BOOMBAYAH” to “How You Like That,” a pre-release single for THE ALBUM.

If you can’t wait to hear the new song, but you’re afraid that the difference in time zones might make it confusing for you, here is a list of the exact time that “PINK VENOM” is coming out in some English-speaking countries and each of their time zones.

What time does BLACKPINK’s new single “PINK VENOM” come out?

Here is the entire time zone schedule for countries like the US, UK, and Australia: