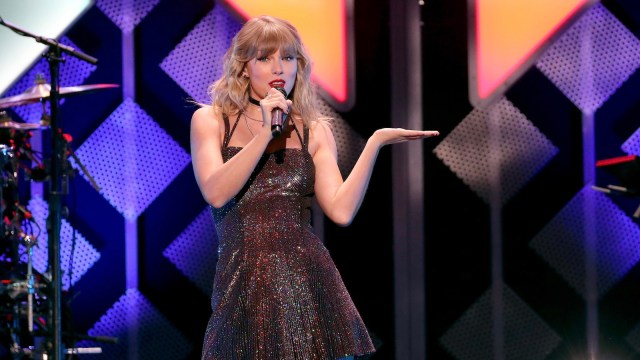 Taylor Swift fans white-knuckling it in the days before the release of her tenth studio album Midnights might need to check in with their cardiologists if they were swiping through TikTok last night and happened on this item. A TikTok user and obvious Swiftie managed to find not just the CD but all four variant cover versions on the shelves of his local Walmart a heart-stopping two days before the sanctioned release date.

TikTok user @meester_bravo92 was visiting a Walmart when he happened upon the current holy grail items apparently unlooked for. Sadly, his first look was just that as the store could not and would not sell the discs in question. Despite not being able to purchase them, @meester_bravo92, was allowed the honor of holding the forbidden CDs.

The find doesn’t appear to be a purposeful leak on anyone’s part (although if it is, many kudos to the PR person who came up with it) but is merely a mistake on the part of the store in question or, perhaps, an overzealous employee. Still, it’s one more thing the fans will now know about prior to the impending album drop proper.

The slip-up prompted more than a few comments on Isaiah’s post, with one reading, “Walmart is out here dropping all the artists new albums i [swear to God],” prompting him to respond “There’s someone in the electronics department who doesn’t give af.”

Thankfully for the fans, they’ll only have to wait a few hours more. Swift will drop a “teaser trailer” for the album during the third quarter of tonight’s Thursday Night Football game airing on Prime. The full album will drop tomorrow.