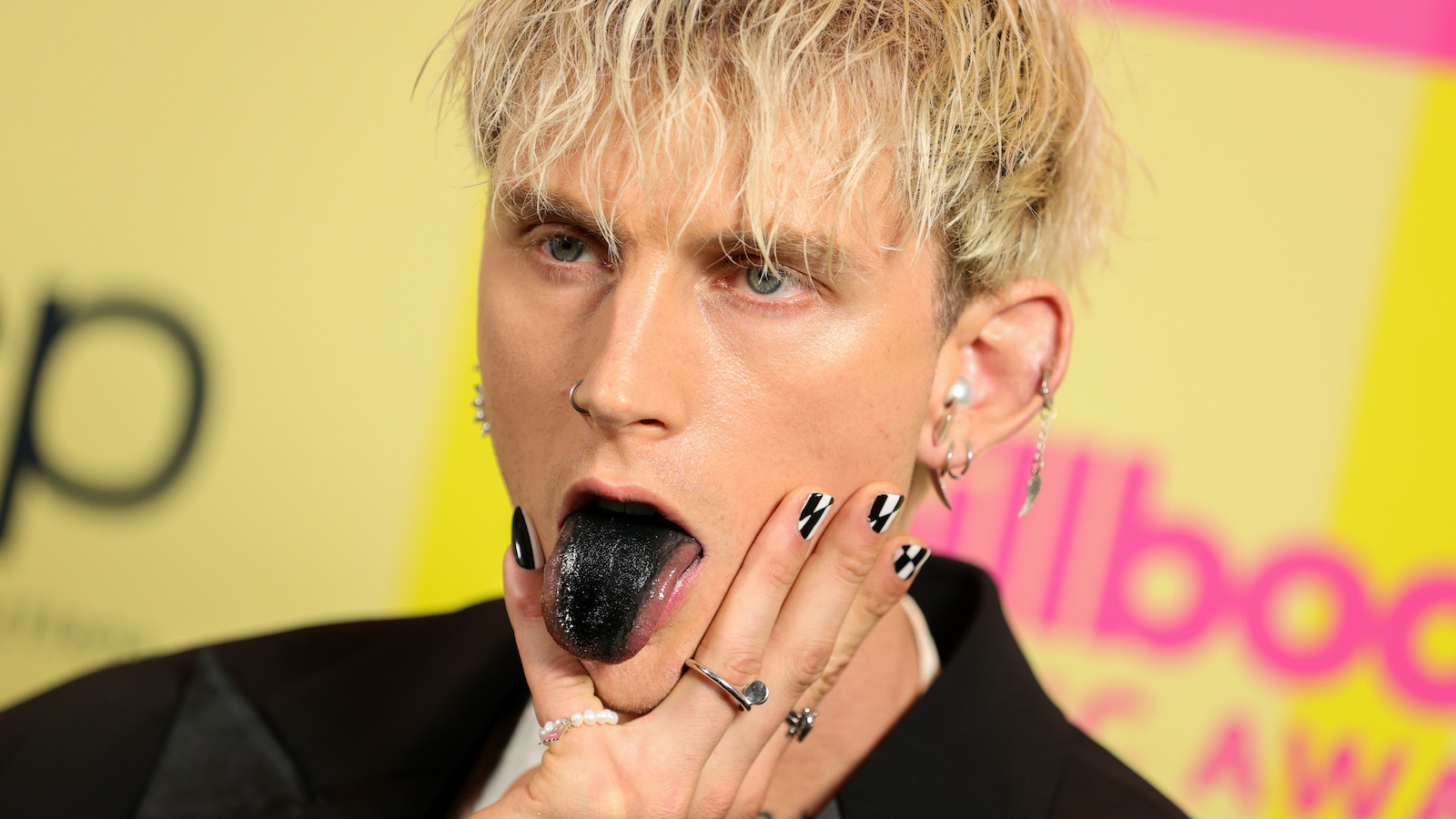 Former rapper, current pop punker, and all around serious person Machine Gun Kelly will be a playable character in WWE 2K22, an upcoming wrestling video game, according to video game company 2K.

This means that all the MGK haters out there who dream of slapping the star in the face will finally get their chance, virtually anyway. In a rare moment of self awareness for Kelly, he tweeted that people will finally be able to do what they’ve always wanted to do to him.

Not one to miss a marketing opportunity, he immediately followed up that tweet with another one that said “Stream emo girl,” his latest single with Willow (who no one wants to slap because they are awesome).

As an added bonus, Kelly has “curated” the soundtrack for the game as well.

“Machine Gun Kelly has been an integral part of the WWE family for more than a decade including performances at WrestleMania and Tribute to the Troops, soundtracking our premium live events with his music, and making frequent storyline appearances on WWE programming over the years,” said Neil Lawi, Senior Vice President and General Manager, WWE Music Group, in a statement. “He has curated a unique soundtrack for WWE 2K22 that includes not only his own music but a diverse array of artists from The Weeknd to KennyHoopla. The 12-track soundtrack is the perfect complement to this edition’s enhanced gameplay.”

Surprisingly, there are only two MGK songs on the track list, which — depending on how you feel about MGK — is either amazing or a travesty. Here’s the complete list of songs:

Can’t lie, there are some bangers on there. Kelly’s character will be released in a downloadable content pack after the game’s release. Providing more proof we live in a simulation, 2K released a trailer for the soundtrack. It shows Kelly headbanging in the studio along with none other than legendary wrestler The Undertaker.

Unfortunately, there’s no release date just yet for the DLC pack with Kelly, but the game itself releases on Mach 11.