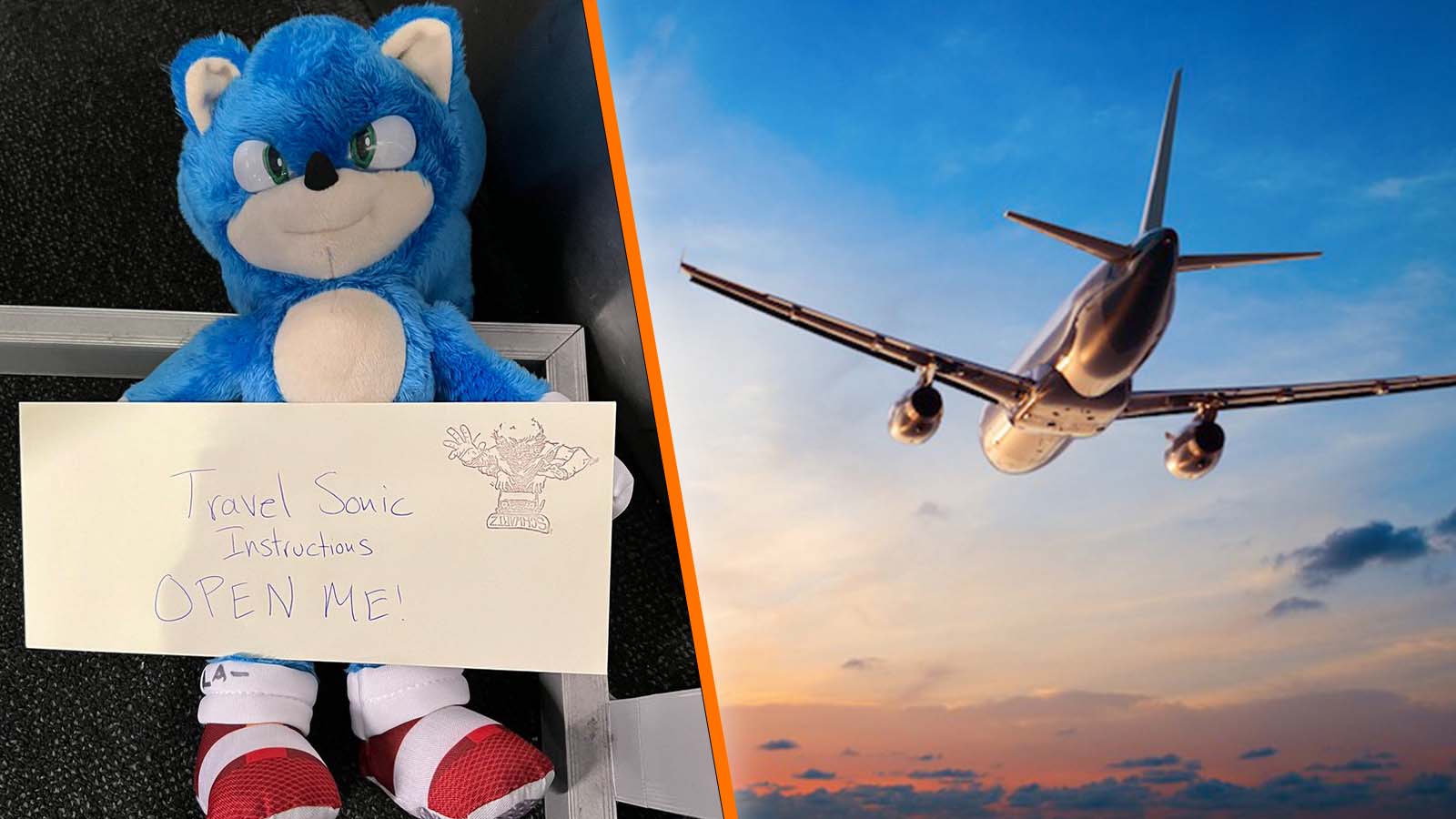 Sonic the Hedgehog 2 voice actor Ben Schwartz has just sent the blue blur on the adventure of his life.

Schwartz made a post on Twitter inviting one lucky fan to scoop up his “Travel Sonic,” AKA a plush doll with a note signed by him from terminal 28 at LAX International Airport.

“Whoever gets it, take a photo of you with Sonic to start the journey,” Schwartz wrote, subsequently explaining that the hedgehog’s journey should be documented with the hashtag “#TravelSonic.”

But despite Schwartz’s best attempts, he came to realize that though the sonic doll had been picked up, there were not any social media posts documenting his journey so far.

“Just checked up on our little guy and he has been taken!!! By who? A fellow adventurer? A worker who threw him in the trash? So excited for someone to hopefully post a photo. Safe travels either way #TravelSonic! I believe in you and your new friend,” Schwartz wrote.

In the letter, Schwartz acknowledged whoever might take Travel Sonic might not be keen to play along with the social media game meant to accompany him.

“[I]f this was just stolen right off the bat, I hope you enjoy your brand new Sonic and it brings you joy,” he wrote.

According to the Transportation Security Administration’s website, the agency “makes every effort to reunite passengers with items left behind at the airport checkpoint.” So if a TSA employee, or somebody else turning the item in, mistakenly thought the plush doll was somebody’s lost item, the TSA would theoretically hold onto it “for a minimum of thirty (30) days.” If it isn’t claimed, however, it could be “either destroyed, turned over to a state agency for surplus property, or sold by TSA as excess property.” It could even be donated to a charity by a state agency, the post said.

Here’s hoping we see Sonic’s continued travel adventures on Twitter in the near future.

In the meantime, catch the remarkably speedy mammal in theaters in Sonic the Hedgehog 2, now playing at a cinema near you.