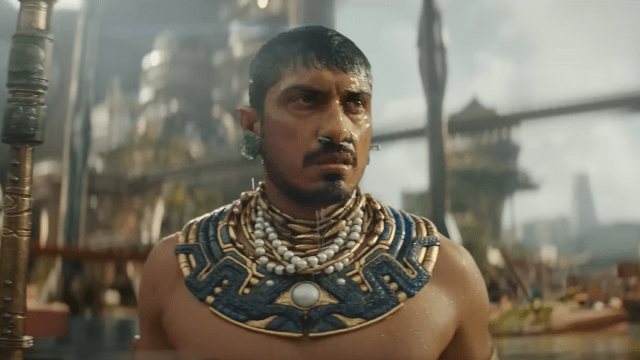 After his stunning debut in Black Panther: Wakanda Forever, fans are falling head over winged heels for Namor of Talokan. The character played by Tenoch Huerta was already gaining a fan base even before the film’s release thanks to images of his character doing the rounds on the internet. Now, with Wakanda Forever having been in cinemas for almost two weeks, fans already know what they want for the character moving forward.

Some Marvel villains are bad for totally selfish and self-serving reasons, and though these villains aren’t necessarily boring by any means they don’t elicit any sympathy or understanding from us, the audience, rendering them a little one-dimensional. That has not been the case with Black Panther‘s villains.

What both villains have done is shine a light on social and racial inequality which allows the audience to understand where they are coming from. Similarly to Killmonger in Black Panther, Namor is a character whose fear and anger of what has happened and what could once again happen to his people push him to extreme actions. At the end of the day, all of it is done out of the love for his people and the desire to see them safe.

Namor was played incredibly by Tenoch Huerta, and along with being god-like in appearance, his performance has been praised by all. Unlike Killmonger, Namor lives to fight another day, and though it is almost certain he will end up in more MCU projects moving forwards, fans are really keen to see him get his own solo film.

This fan thinks it’s just what he deserves.

We have so much more to see of Namor and Talokan.

It would take more than one movie to do justice to the character and the world he inhabits.

If we just believe strongly enough, it will be so.

Though this fan has their own, very specific and self-serving ideas for what kind of movie they would want.

Though the ending of Wakanda Forever very clearly implied that we will be seeing quite a bit more of the underwater king, the idea of him getting a solo project may be a little difficult owing to who has the rights to the character, similar to the case of the Hulk. As long as we get more Namor further down the line, we will at least be somewhat happy.

You can check out Namor in Black Panther: Wakanda Forever in theatres now.