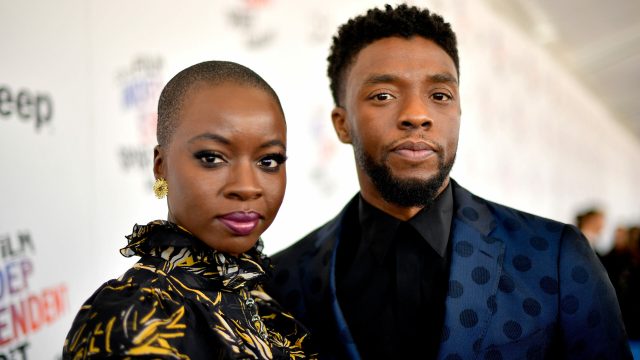 Marvel’s Hall H panel at SDCC was a momentous occasion for several reasons — one of which was the debut of the first look at Black Panther: Wakanda Forever.

The footage was a beautiful tribute to everything that Wakanda stood for, the beauty and delicacy of the storytelling, and of course, to Chadwick Boseman, who played T’Challa — their brother and king.

Danai Gurira told EW that the paramount motive for all the artists involved in the film was to honor Boseman — as an actor and as their friend.

“The most important thing, of course, was honoring our brother, our leader, and our king. That was definitely at the forefront of our minds and our spirits and our hearts.”

The rest of the cast sat in solidarity with Gurira as she spoke about Boseman and how the film would impact his legacy. It’s an emotional conversation to be part of, and it’s a testament to those he loved — that they continue to honor him and his impact on Marvel as a whole.

The void he left was evident from the beginning of the trailer and the heavy emotions shown throughout, but it’s also clear that Wakanda knows they must go on. Death is not the end in their culture, and while T’Challa will be missed as profoundly as they miss the man who played him — they’ll work, love, and live to make a difference and keep Wakanda safe.

You can see Black Panther: Wakanda Forever in theaters on Nov. 11 and watch the emotional first trailer now.