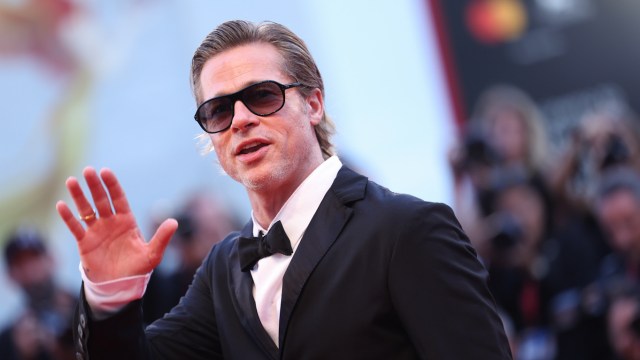 Actor Brad Pitt has done his fair share of comedy, drama and other work through his time as an actor. Much has made it to the screen, but some have not, and the entertainer has just said one which was not to be would have paired him with Sandra Bullock.

The 58-year-old reveals the duo tried to make a film set in and around the QVC (Quality, Value, Convenience) home shopping channel in a new article published by Vogue in the U.K. earlier today. They would have played two people on the verge of divorce who loathe each other, and, apparently, their discontent would have made it out and onto television to the amusement of viewers.

“Actually, Sandy [Sandra Bullock] and I did once try to develop a whole idea of a husband-and-wife team, who were QVC’s most successful salespeople, but we’re getting a divorce, we hate each other, and we’re taking it out on air as we sell things.”

Later in the article Pitt discusses his genderless skincare line he is launching; says he has not always had a good skincare routine, and credits people in the rap scene for allowing actors to diversify. Essentially, it was not an accepted thing when he began work.

“When I started out it seemed shameful to do a commercial, for some reason. You were called a sell-out. I really think the hip-hop guys changed all of that. They made it okay – even cool – to spread your wings a bit, to try some other things. And now it’s really exciting that you can, you know, explore other corners [of your creativity] like the old Renaissance artists in a way. And I love what Gwyneth’s done [with Goop]. She is still a really dear friend, and she has built this empire. She has always had that in her as a curator, and it’s been a lovely creative outlet for her. In fact, come to think about it, she was probably the first one who got me to even wash my face twice a day… maybe.”

Pitt’s Le Domaine skincare line is now available. Pitt may not be on the last leg of his career as he recently walked back, and, coming up, he will appear in Babylon later this year and is also producing the works She Said, Women Talking, and Blonde. He has no other projects beyond these at this time, and, on television has been a producer on Outer Range, The Underground Railroad, The Third Day, Lego Masters and earlier work he was involved in on the small screen includes Jackass and Friends in addition.