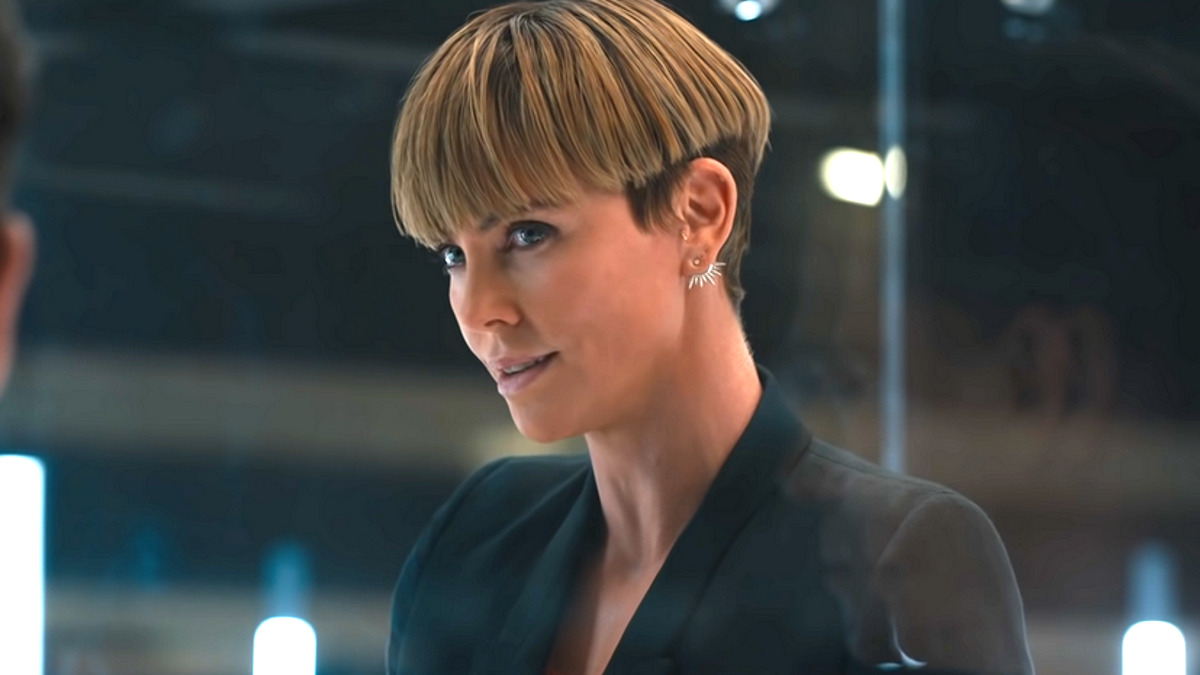 Image via One Race Films

“Look who decided to join the party,” Theron captioned the photo, which depicted her sharing an embrace with Momoa, and posted on Twitter Monday.

In previous films from the Fast & Furious franchise, the recent rebranding of The Fast Saga, Charlize Theron’s Cipher was a central villain. But following in the tradition of past characters, such as Jason Statham’s Deckard Shaw and John Cena’s Jakob Toretto, some fans speculate that Cipher may become one of the good guys for the 10th outing in the film series.

Many fans expressed how Theron’s inclusion in the series is the only reason they keep coming back to the franchise.

Another fan also praised Theron’s performance in the franchise’s eighth movie, as well.

Following reports that Oscar-winner Brie Larson would be joining Fast X‘s cast, there were plenty of movie lovers hoping Theron would soon post a selfie with the Captain Marvel star, as well.

Theron previously teased some behind-the-scenes images on Instagram after production of the film recently went underway. The post included Theron coolly posing in an elevator where two knocked-out mercenaries, who presumably felt Cipher’s wrath, laid down on the ground next to her.

The globetrotting Fast X will be the penultimate installment of the series, with the 11th film in the franchise being its concluding chapter.