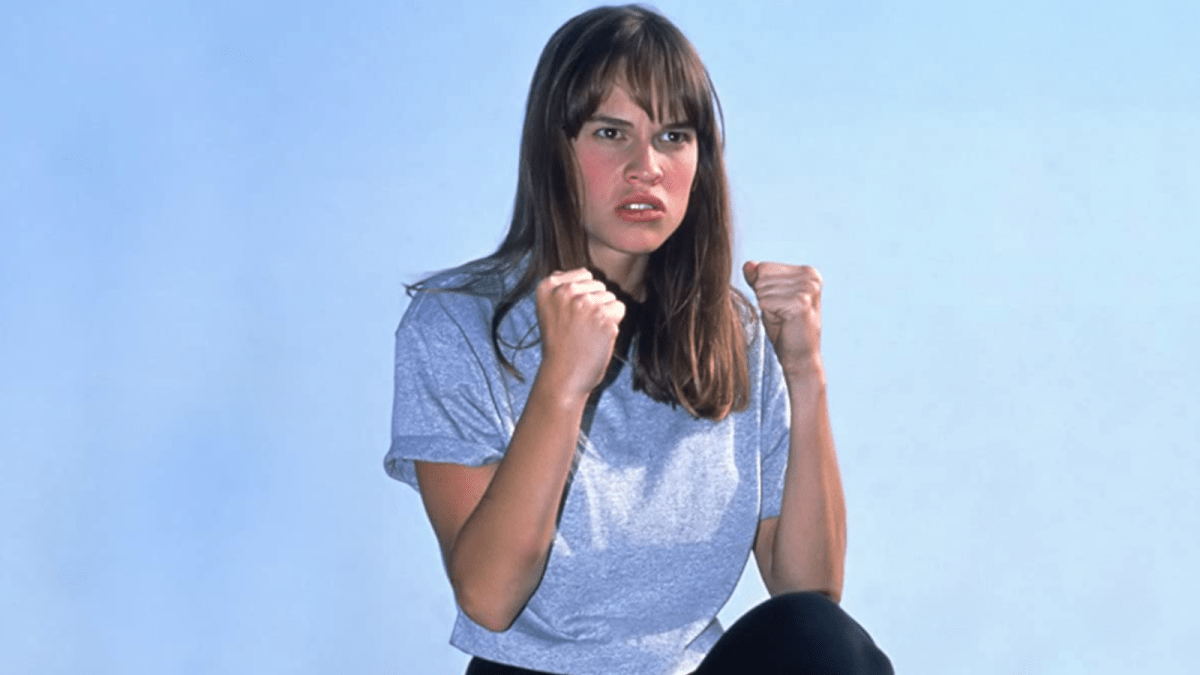 After the recent announcement that Netflix would soon be releasing the sixth and final season of Cobra Kai, fans have only had one question: Will Hilary Swank be in it? The actress has made it very clear that, so far, she hasn’t so much as received a phone call about it.

Swank played the role of Julie Pierce in 1994’s The Next Karate Kid. In the first film of the franchise that didn’t have Ralph Macchio in the cast, Julie is a young teen who is struggling with anger issues after losing both her parents in a car crash. She learns discipline and the art of karate from the famous Mr. Miyagi. As always, there is an antagonist who will push her to her limits and force her to show her skills in a final battle to the end.

Of course, Macchio, William Zabka, and Martin Kove have reprised their roles in the Netflix series, but there have been other characters who have been called back including Elisabeth Shue as Ali Mills, Thomas Ian Griffith as Terry Silver, Yuji Okumoto as Chozen Toguchi, Tamlyn Tomita as Kumiko, Traci Toguchi as Yuna, Ron Thomas as Bobby Brown, Tony O’Dell as Jimmy, Randee Heller as Lucille LaRusso, and Rob Garrison got to reprise his role as Tommy before passing away in 2019.

The show’s creators have teased a Hilary Swank reprisal, and it appears that a simple phone call to the actress would be a slam dunk for the Cobra Kai series. However, according to People, she appeared on Live with Kelly and Ryan to put all rumors to rest. “I’m not in Cobra Kai,” she said. “No one’s asked me to be in Cobra Kai.”

If the creators of the show are paying attention, they might want to make that call. She’s a fan favorite and, according to Swank, she gets asked that question all the time. “No one’s called me! But it’s so funny, isn’t it? That’s the one thing I get asked the most, and no one’s called me?”

If the Cobra Kai tweet is any indication, it would seem that the sixth season has been filmed and is in the can. According to Swank’s IMDb page, there isn’t any mention of her in the series, not even in upcoming productions. At this time, there simply isn’t any hope that she will make a guest appearance in the show. However, Hollywood can make anything happen until it finally goes live, so it still remains to be seen.