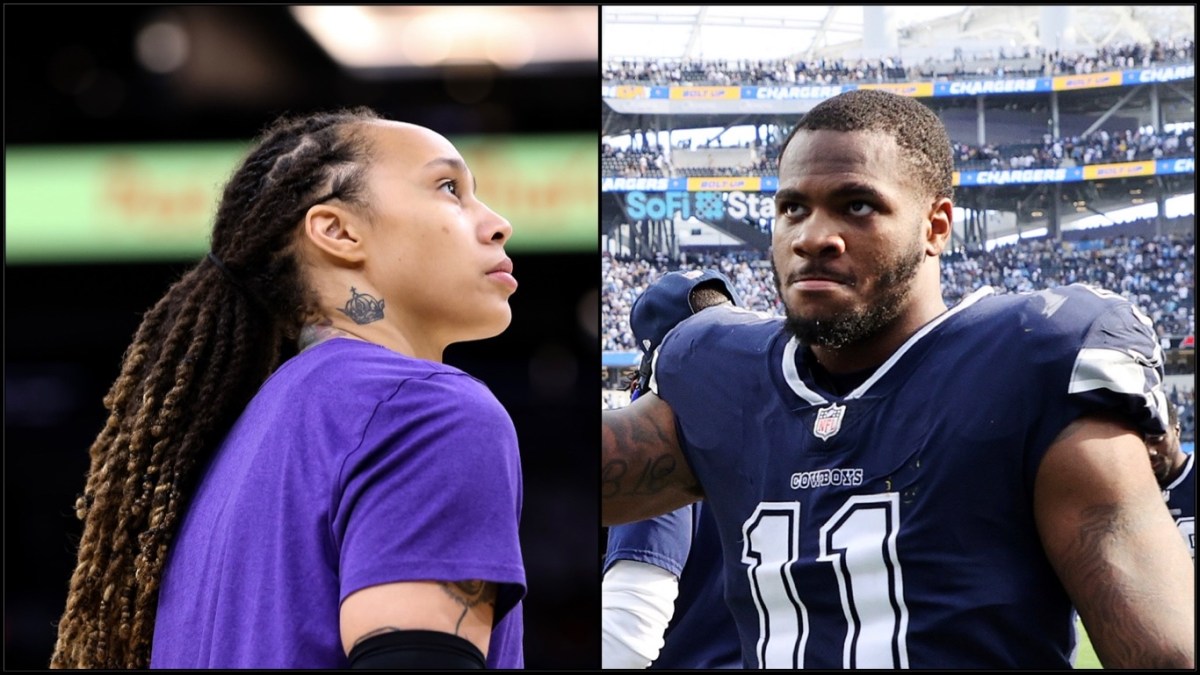 Released from a Russian penal colony following a prisoner swap, the WNBA star is finally coming home. Unfortunately, not everyone was ready to grant her a warm welcome upon her return, including Dallas Cowboys linebacker Micah Parsons.

Griner was arrested in Feb 2022 at a Russian airport because she was in possession of vaporizer cartridges that contained under a gram of hash oil for medicinal purposes. However, being in possession of any amount of hash oil is illegal in Russia and, as a result, she was ultimately sentenced to nine years in prison.

The extreme sentence was defended by Russian authorities and heavily criticized by the American public, with some believing that Vladamir Putin was using the Phoenix Mercury player as a pawn, especially since the Russian invasion Ukraine, creating something of a proxy war with the United States. President Biden announced over the following months that he was in negotiations for Griner’s release.

Another hot topic tied the story was that Russia requested the release of notorious Russian arms dealer Viktor Bout, known as the “Merchant of Death” because he was trafficking weapons worldwide. Bout owned a fleet of ex-Soviet cargo planes that he used to ship arms to rebels in west and central Africa despite a United Nations arms embargo. He especially supplied rebels in Sierra Leone, D.R. Congo, and Angola. In Liberia, he allegedly aided now former president and convicted warlord Charley Taylor in the First Liberian Civil War. In short, Bout specialized in turning violent political conflicts into war zones. He was also suspected to have supplied the Taliban with weapons.

President Biden had apparently taken advantage of Bout being the subject of the prisoner swap for Griner by adding U.S. Marine Paul Whelan to the negotiations. Whelan has been held in a Russian prison since Dec 2018 for spying and was sentenced in 2020 to 16 years in a maximum security prison. The U.S. has classified him as wrongfully detained, claiming that the accusations of him being a spy are baseless.

When the news broke that Griner was released for Viktor Bout, and that Whelan was not a part of the deal, some people felt it was a negotiation failure and took to twitter to voice their displeasure.

As noted above, one such person was Dallas Cowboy all-pro Micah Parsons, who has since offered an apology on that matter, saying he tweeted out of emotion and is “not too prideful to admit when I’ve made a mistake.”

Others, such as sports journalist Jason Whitlock, claim that the deal is not in America’s best interest.

Despite the disappointment expressed by the Whelan family, they also expressed their happiness for Griner and that the opportunity for her to be free had to be taken.

Unlike critics of the move, the Whelan family continues to show the dignity that those critics fail to. They more than understand that the freeing of any American is a victory. Regardless, President Biden has stated that negotiations for the freedom of Paul Whelan shall continue.