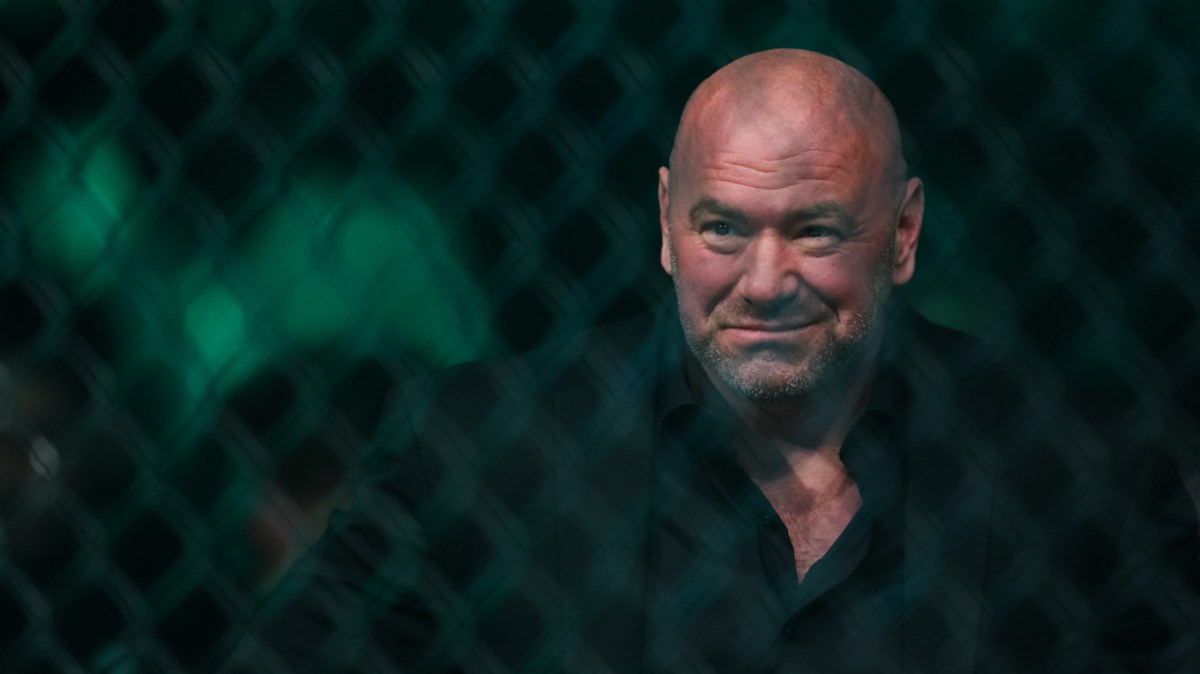 In an incredible example of ironic serendipity, a show about people slapping each other has been removed from TV after the show’s creator, Dana White, slapped his wife. That means that Dana White’s Power Slap League is no longer launching on Jan 11, which seems fine because do we really need a show with the term “White’s Power” in its name?

White is the current president of the money printing machine that is the UFC, so he’ll be fine. The show was supposed to air after AEW Wrestling, but it no longer appears on the network’s website. Looks like TBS will be airing reruns of Young Sheldon instead, according to MMA Fighting.com.

White and his wife got into a fight during New Year’s Eve while on vacation in Mexico. TMZ released the video on Monday. Take a look at the video here, and just be warned it’s graphic. In the video, White’s wife Anne slaps him in the face and then he slaps her back. They then tussle a bit before being separated.

White talked to TMZ about the incident and said he and his wife were drinking a lot, but that’s still no excuse for hitting her. “You’ve heard me say for years, ‘There’s never ever an excuse for a guy to put his hands on a woman,’ and now here I am on TMZ talking about it,” White said.

White and his wife Anne have been married for 26 years. He said the two are “good” now and that the hardest part is talking to their children about what happened. Anne also chimed in:

“Dana and I have been married for almost 30 years. To say this is out of character for him is an understatement — nothing like this has ever happened before. Unfortunately, we were both drinking too much on New Year’s Eve and things got out of control, on both sides. We’ve talked this through as a family and apologized to each other. I just hope people will respect our privacy for the sake of our kids.”

Power Slap enthusiasts need not fear, however, as Deadline is reporting TBS will air the show on January 18 instead.