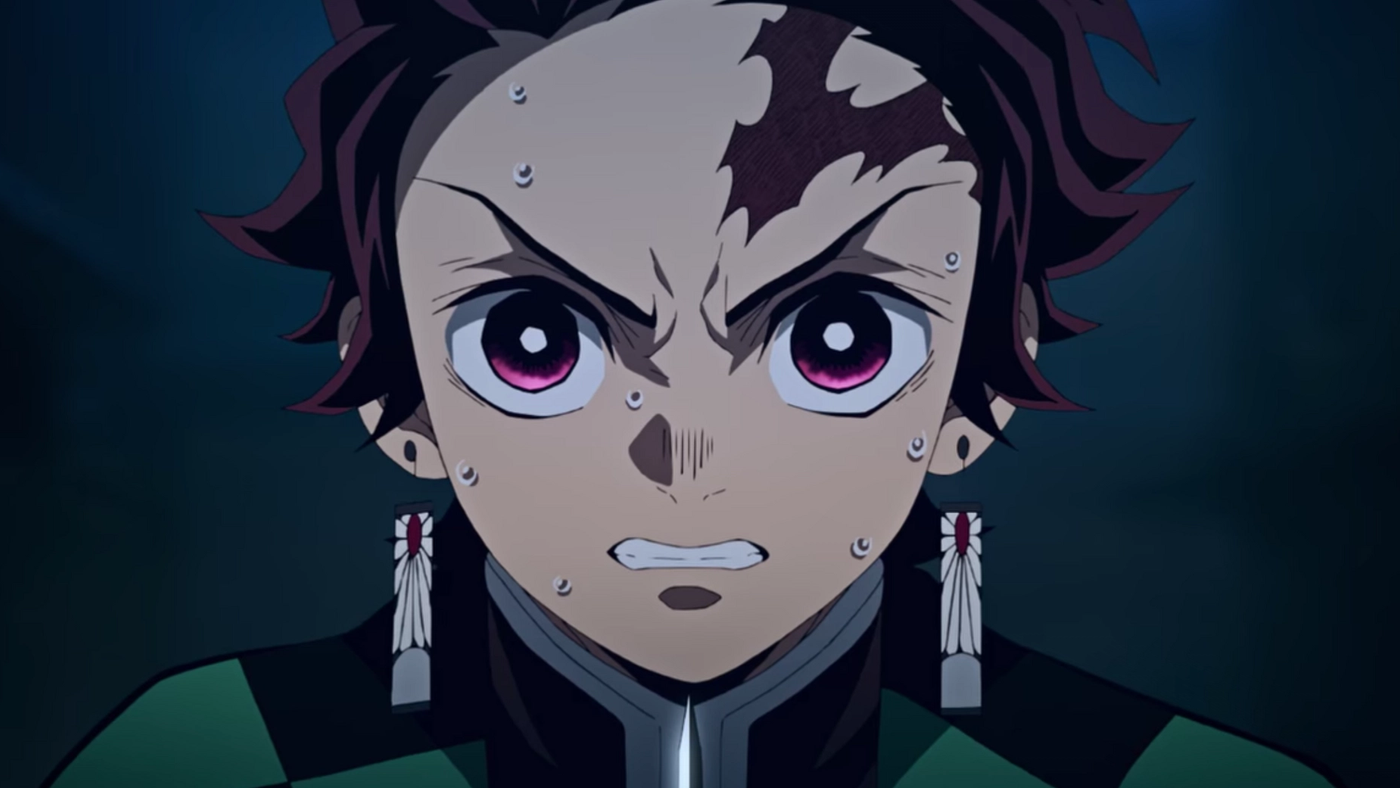 Since the start of Demon Slayer: Kimetsu No Yaiba, Tanjiro Kamado’s scar has been a perplexing and alluring motif. The scar, which appears on the top right of Tanjiro’s head, was once believed to be a result of saving his brother from a falling kettle of boiling water. But then, after being smashed into a tree by the Hand Demon in Episode 4, the mask he wears at that time also smashes into pieces against his head; making the scar worse as it inflicts deep wounds on the area.

After suffering the blow directly where his scar is located, Tanjiro’s head is bloodied or bandaged for the next several episodes. However, when he eventually takes the bandages off, the scar’s appearance is entirely different and now in the form of a jagged, dark red line.

Recently, in the anime’s “Entertainment District Arc,” Tanjiro’s scar has been receiving new attention as subtle hints point at the scar’s connection to both Tanjiro’s past and future.

Up to this point — unlike the evolution of Tanjiro’s physical abilities, which are usually explained throughout the series as the protagonist improves his fighting prowess — the changing mark had yet to be fully addressed. However, thanks to the last few weeks of the current season, fans may have a little more insight into the significance of Tanjiro’s scar.

So far, there have been a couple of theories surrounding Tanjiro’s scar, and the majority of them are presented by the characters themselves. In the early days of the series, Tanjiro’s scar was first thought to be a birthmark, as his father also bore a near-identical mark in the exact same spot on his own forehead.

Now that Tanjiro has been researching the origins behind the Hinokami Kagura — the dance that his father performed during his childhood and the current inspiration for his Flame Breathing — the character has stumbled upon a few answers from the Flame Hashira, Kyojuro Rengoku, and his father, Shinjuro Rengoku.

During his battle with Daki, the Upper Rank Six of the Twelve Kizuki, Tanjiro recalls a letter he received from Shinjuro Rengoku that goes a little more in-depth about Tanjiro’s scar and his Hinokami Kagura. One of the things that Shinjuro seems certain about is the origin of the Breathing Styles. In the letter, he reveals to Tanjiro that the scar on his head is the mark of one who has been chosen to wield the core of all Breathing Styles — Sun Breathing.

It was once mentioned by Shinjuro’s son, Kyojuro, that Tanjiro’s Hinokami Kagura is a form of the Sun-Breathing style during the events of Demon Slayer: Mugen Train. Kyojuro also went on to reveal that the color of Tanjiro’s black Nichirin Blade also signifies a wielder who can not settle on one particular Breathing Style, which many fans speculate could be a side effect of one who uses the Sun Breathing technique.

Although the theory has yet to be confirmed as fact, this latest season has undoubtedly hinted that this is a strong possibility. Even during Daki’s battle against Tanjiro, a memory from Muzan rises out of her subconscious and reveals a man wearing Hanafuda Earrings, considered to be the symbol of Sun-Breathing, and sporting a scar nearly identical to Tanjiro’s and his father’s.

Even though it’s not being said forthright, it’s starting to look like Tanjiro may be a descendant of the first Demon Slayer to use the Sun Breathing Style, which happens to be the one technique that may actually hurt Muzan Kibutsuji. And based on the dread Muzan usually exhibits when he sees or hears about the boy with Hanafuda Earrings, it’s a very strong possibility that Muzan feels the same way.

Whether or not Tanjiro is related to the nightmare from Muzan’s dreams is yet to be seen, but with the way this new season’s going, we might find out the true answer by the end of the “Entertainment District Arc”. Until then, we’re just going to have to wait and see if Tanjiro is even powerful enough to live up to that legacy.