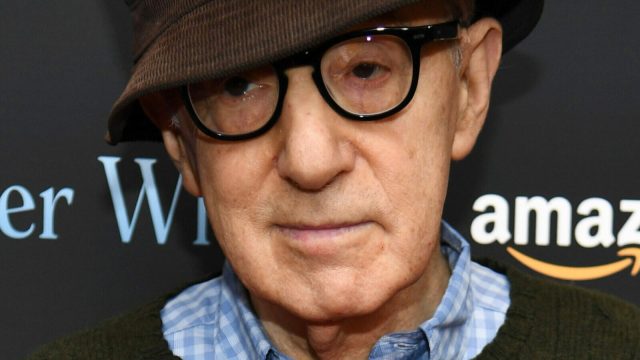 After more than seven decades behind the camera, cinema royalty Woody Allen is apparently retiring once he finishes his latest film, Wasp 22. Although the 87-year-old director flirted with the idea in a recent interview, he seemed to leave himself a little wiggle room.

Speaking with the newspaper, LaVanguardia, he said that he suggested it’s time to put away his director’s chair. Allen told the publication that he wants to turn his attention to penning a novel, explaining that the “idea, in principle, is not to make more movies and focus on writing.”

Allen has been hinting at retirement for months. During a June Instagram Live interview with actor Alec Baldwin, the director commented that the “thrill is gone” in regards to filmmaking.

“I’ll probably make at least one more movie,” Variety reported at that time. “When I used to do a film, it’d go into a movie house all across the country. Now you do a movie and you get a couple weeks in a movie house. Maybe six weeks or four weeks, and then it goes right to streaming or pay-per-view…It’s not the same…It’s not as enjoyable to me.

“I don’t get the same fun doing a movie and putting it in a theater. It was a nice feeling to know that 500 people were seeing it once…I don’t know how I feel about making movies. I’m going to make another one, and I’ll see how it feels.”

Currently, Allen is in pre-production for the Paris-set Wasp 22.

Off set, Allen has been steeped in allegations and controversy over the decades. From his affair with his adopted stepdaughter, Soon-Yi Previn, whom he married in 1997, to claims of sexual abuse, which he has denied, the acclaimed director’s legacy has been tarnished by the scandals, despite avoiding any legal judgements.

Throughout his career, the writer/director has been draped in accolades and critical praise. He has taken home Oscar gold four times, winning Best Director in 1978 for Annie Hall. He also has scored Academy Awards for his screenwriting talents, winning Best Original Screenplay honors for Annie Hall, Hannah and Her Sisters in 1987, and most recently in 2012 for Midnight in Paris.